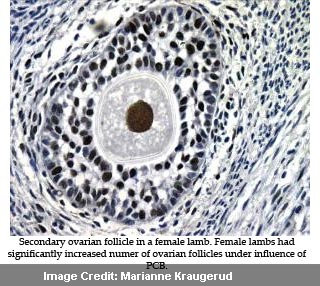 Previously we had reported an association between environmental pollution and liver disease. According to a research undertaken by Marianne Kraugerud, individual variants of the environmental pollutants polychlorinated biphenyls (PCB) and perfluorinated compounds (PFC) can supposedly affect several hormone systems of the body. These pollutants are ascertained to harm in a more complex way than previously assumed.

With advancement in technology, the environment has been constantly hindered. There are a number of toxins that are released onto the air and so humans and animals are continuously exposed to these toxins. Also, food that has been consumed may allow various toxins to enter into the system. The researcher suggested that the impact of these pollutants should be considered while determining risk appraisals of PCB and PFC.

PCB and PFC are known to be chemicals which often tend to accumulate in the environment, as they break down naturally to only a very small degree. Although the legal production of PCBs is halted since the 1970s, employment of various PFC variants is seemingly enhanced in products like water-resistant clothing and coatings in saucepans and frying pans.

Marianne claimed to have thoroughly analyzed the effects of different variants of the environmental toxins PCB and PFC on sheep and on cells grown in the laboratory. The effects of PCB 118 and PCB 153 were then ascertained. While both of them are appeared to be two separate PCB variants, they seem to display altered chemical characteristics.

In order to commence the study, the scientist evaluated the lambs exposed to PCB variants when they were in the womb and through their mother’s milk. Marianne not only observed the effects on the formation of egg cells in the ovaries but also on the hormones considered to control the function of the ovaries in female lambs. It was then noted that sheep fetuses exposed to these variants were probably unable to produce the important hormone cortisol.

Direct affect of both PCB and PFC on the production of steroid hormones was supposedly identified by employing laboratory cell cultures. The investigator explained that steroid hormones are vital for maintaining the capacity to reproduce, normal development and normal bodily functions in humans and animals. These hormones include oestrogen, testosterone and cortisol. The researcher further suggested that PCBs and PFCs are extremely harmful and so while raising the risk appraisals on these substances their effects should be taken into consideration.

The research has been presented on 21st June 2010 at The Norwegian School of Veterinary Science.