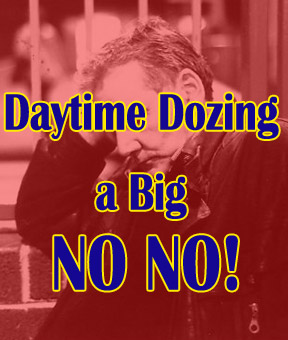 A newly conducted study has drawn results which suggest that daytime dozing amongst the elderly could be an early warning sign of an impending risk of a possible stroke.

Studies carried out in the past have detected that individuals who suffer from sleep apnea tend to sleep for a while during the day, thus increasing their risk of having a stroke.

Lead researcher Dr Bernadette Boden-Albala from the Columbia University maintained that a health check is a must for those elderly people who doze off during the day, and are infact up to 4 times more susceptible to suffer a stroke in the long run. On the other hand, the stroke risk was 2.6 times higher for those in the “some dozing” category compared to others in the “no dozing” group.

“Even when we controlled for things like hypertension, diabetes, physical activity, obesity and socioeconomic status, we found that people who had significant daytime dozing were much more likely to end up with stroke,” noted Boden-Albala.

The study, which has been presented at an American Stroke Association conference in New Orleans, included 2,153 participants with an average age of 73. These individuals were monitored for more than two years.

So just change that boring channel or divert your mind from that tedious task, but DO NOT indulge in daytime dozing!