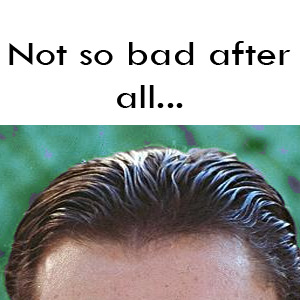 Greasy hair may not exactly be something anyone would want to have, but it can definitely reduce your chances of contracting a respiratory infection. Yes, it’s true. Having a bad hair day might just prove to be useful to you!

Respiratory infections have become common in cities like Mumbai and others, because of high pollution levels and various other factors.

Researchers from the University of Missouri found that greasy hair absorb seven times as much ozone as washed hair. Higher levels of the gas in the atmosphere can cause respiratory disorders.

Lakshmi Pandrangi and Glenn Morrison found that having greasy hair could reduce your ozone exposure if you are indoors.

”Ozone is probably reacting with components of hair oil. For dirty hair, the ozone concentration around the head is likely to be substantially lower than the level in the room,” Mr. Morrison was quoted as saying.

However, it was found that unwashed hair samples produced more secondary-reaction products, such as the respiratory irritant 4-oxopentanal, because of the ozone reacting with the hair oil.