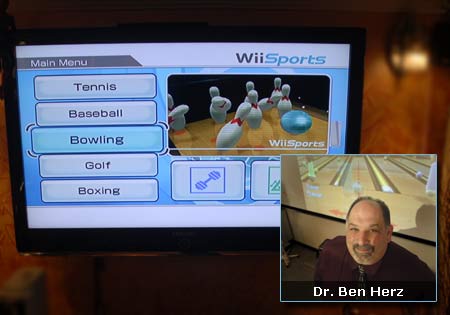 A new way of treating the symptoms of Parkinson’s disease has been unveiled. Seemingly, Nintendo Wii may prove to be beneficial for this noble cause. Atleast this is what Dr. Ben Herz, an expert from the Medical College of Georgia believes.

Wii is stated to be a renowned game which simulates different activities and sports. On the other hand, Parkinson’s disease is stated to be a degenerative disease which impairs one’s motor skills. Dr. Herz had hypothesized that this computer game console may aid in boosting the coordination and other movement-related skills of patients, however he has seemingly discovered more benefits.

“By the middle of the study, we actually had a number of people who could [defeat] their opponent out in the first round, which amazed us,” exclaims Dr. Herz, who is the program director and assistant professor in the School of Allied Health Sciences Department of Occupational Therapy.

The study experts were astounded to notice improvements in the patients. There seemed to an improvement in their levels of depression, movement, rigidity, energy levels and fine motor skills.

Previous studies were believed to have demonstrated that video games and exercise may independently be able to increase the amount of dopamine in Parkinson’s disease patients. Dopamine is also presumed to aid in enhancing such patients’ functional, voluntary movements. Dr. Herz even states that game systems may be the future of rehabilitations.

These outstanding findings were presented at the fifth annual Games for Health Conference in Boston.

Take a Wine Facial to get that Instant Glow and relief...