The secret to a healthy heart could be well lying in your kitchen’s spice rack. According to a latest research, Turmeric might prevent heart failure and even repair damaged hearts.

Heart failure, in which the heart, damaged by heart attack or disease, gradually loses the ability to pump blood round the body, typically kills 40 per cent of victims within a year of onset. 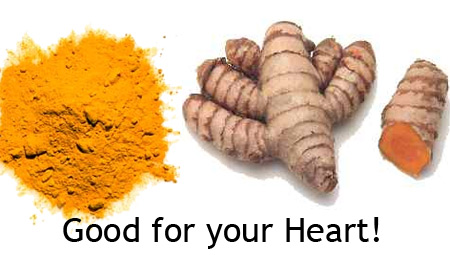 Past studies have shown turmeric, which is also known as ‘Haldi’ in India, to boost one’s brain power and helpful in combating Alzheimer’s as well as other brain diseases.

The study was reported in the Journal of Clinical Investigation. It suggests turmeric could help as well.

It contains a compound called curcumin, which has been used in Asian medicine for centuries to treat inflammatory disorders and is linked with a wide range of health benefits.

”The benefit of curcumin is not strengthened by eating more of it, as many dishes are high in fat, researcher Peter Liu was quoted as saying.

When tested the spice on mice, at Toronto General Hospital in Canada it was found that the creatures’ damaged hearts became more efficient at pumping blood and scars healed up after just a few doses.