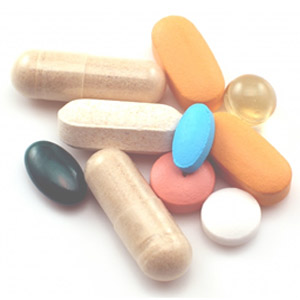 According to a US study, vitamin supplements do not protect one against lung cancer. Shockingly, some supplements may even increase the risk of developing it. This study took into account over 77,000 vitamin users.

According to the study’s author Christopher Slatore of the University of Washington, “Our study of supplemental vitamins, vitamin C, vitamin E and folate did not show any evidence for a decreased risk of lung cancer. Indeed, increasing intake of supplemental vitamin E was associated with a slightly increased risk of lung cancer.”

The research team selected 77,126 men and women between the age of 50 and 76, and determined their rate of developing lung cancer over four years with respect to their current and past vitamin usage, smoking, and other demographic and medical characteristics.

At the beginning, 521 developed lung cancer. Among these patients, in addition to the unsurprising associations with smoking history, family history, and age, there was a slight but significant association between use of supplemental vitamin E and lung cancer.

“In contrast to the often assumed benefits or at least lack of harm, supplemental vitamin E was associated with a small increased risk of lung cancer,” said Dr. Slatore.

“The idea that vitamin supplements are healthy, or at the very least, do no harm, comes from the desire of many people to mimic the benefits of a healthy diet with a convenient pill,” said Tim Byers from the University of Colorado School of Medicine.

However, he pointed out, “Fruits contain not only vitamins but also many hundreds of other phytochemical compounds whose functions are not well understood.”