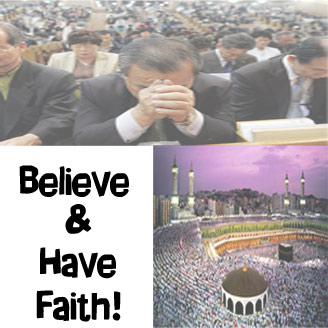 The study on the whole suggests that religion can act as a hope when in times of distress. They found that believers who keep the faith are generally happy.

The authors of the study have said that religion can as an “insurance policy” against distress. Even though for centuries the idea of belief in religion is a sort of a fortress, the authors said that “this issue of insurance has surprisingly received only limited attention.”

For the research, they used data collected across Europe so that they could study the impact of religious belief which includes both the personal practices related to communal faith as well as group rituals on life satisfaction and attitudes toward the government.

The study found that regular churchgoers seemed to cope better with distressful events like unemployment and divorce.

The study finally concluded that the “stress-reducing” effect varies according to the life event and religious denomination. However, Churchgoing and prayer are also associated with greater satisfaction, said the study.