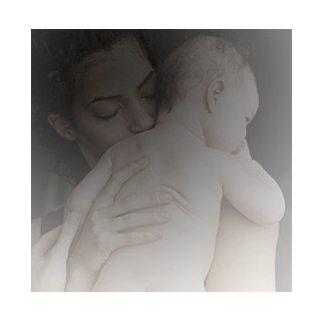 What more could be asked from a mother than a warm hug! The same holds true with premature infants also. This experience cannot be described in words. It can be just felt through a warm touch of cuddling and pampering. It’s an easy way to treat an infant who is born 10 to 12 weeks before time. Without any anesthesia the child can recover much faster.

A recent research conducted by Celeste Johnston of McGill University, Montreal, Canada and colleagues, published in the BMC Pediatrics, speaks about the preterm babies who have to undergo prior and after painful procedures, like in the heel lance. Babies born between 28 and 31 weeks were likely to be benefited from skin to skin cuddling with their mother.

The research was done via the kangaroo mother care (KMC) of skin-to-skin contact which helps babies born at 32 to 36 weeks to improve soon.

This kind of effort was done to gauge whether the pain had any possibility of reduction in pain, also for younger preterm babies of 28 to 31 weeks. This comfort strategy was initially doubted over whether or not young babies would be able to completely benefit this.

The first course of action of heel lance is followed through a blood test, wherein babies’ heel would be pricked to get the blood sample. This trial was done to check whether babies could bounce back from this pain. During this time the mother had to hold the baby for 15 minutes prior to the procedure, and even throughout it. The second action was that the same babies were without their mothers and their blood sample was taken. They were also swaddled in the incubator prior and after the procedure.

This trial was recorded by reviewing the Premature Infant Pain Profile (PIPP) by evaluating or measuring the PIPP just prior to the heel lance and also at 30-second gap during and after the procedure. The PIPP scores revealed at 90 seconds post the lance procedure were comparatively much lower in the KMC babies than the scores of those who had experienced no skin-to-skin contact. Also, the facial expression of pain of babies administered KMC was shown less than half the time. Babies treated with KMC recovered from the pain within a few minutes. On the other hand, the pain lingered on for over 3 minutes in the incubator babies.

It is this very delay that could make the all the difference to the health of a highly preterm baby – born before 32 weeks – who needs nearly constant incubator care.

Johnston points that there are 3 main points that can be concluded via the latest study of KMC and heel lance. One is the Pain response, secondly a shorter recovery time and finally the mother’s role diminishes while her baby is in intensive care unit. The findings suggest that through KMC premature babies recover much faster and easily. The treatment proved that the baby had less grimaces and better oxygen levels.

Memory may be altered with a drug