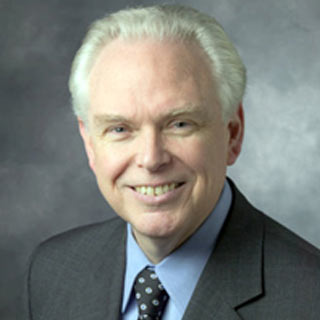 Down syndrome is a chromosomal disorder due to be presence of all or part of an extra 21st chromosome. Down syndrome could lead to noticeable deficits in relative learning and memory. Fifty years ago, the disorder was known as a chromosome 21 trisomy, denoting that every cell in the body apparently has three copies of chromosome 21 instead of the standard two.

Well, a study by neuroscientist William C. Mobley, MD, PhD, chair of the Department of Neurosciences at the University of California, San Diego School of Medicine, and colleagues at Stanford University Medical School apparently illustrated a likely new method to slow down the expected progression of cognitive decline in Down syndrome.

The study supposedly divulged two significant novel discoveries about Down syndrome in a mouse model. First, there seems to be confirmation that synaptic terminals caught up in neurotransmission are apparently impaired long before the cells display degeneration. The second, while cell signaling appears to be impaired, the receptors are not, but are performing and are still attempting to locate signals.

Mobley, one of the nation’s leading experts in the disorder, commented, “If we focus only on damage to cell bodies, we underestimate the importance of timing and the potential window for treatment of Down syndrome.”

He added that this study in mice apparently exhibits some of the premature alterations to neurons, which seems to be fairly dramatic and lead to new means to treat Down syndrome in adult patients.

People with Down syndrome are supposedly inclined to have an inferior cognitive capability, and most who survive into middle age apparently start to exhibit Alzheimer’s-like dementia by age 50 or 60. The frequency of Down syndrome is claimed to be 1 in 733 live births in the U.S., or 5,000 affected infants every year. Out of them, roughly 95% of these are trisomy 21.

The study team examined a mouse model with three copies of a portion of mouse chromosome 16, having symptoms extremely alike to those in humans with Down syndrome. Symptoms comprised of considerable cognitive deficits, dysfunction and degeneration of LC neurons. These impaired neurons supposedly utilize norepinephrine, which alleges to be a neurotransmitter, to pass impulses to receptors in the cortex and hippocampus brain regions which is said to be important for learning, memory and attention.

Mobley remarked, “We found that, despite advanced LC degeneration, we could reverse contextual learning failure in these mice.”

By means of a pro-drug for norepinephrine known as L-DOPS or xamoterol, the experts could reinstate neurotransmission in the mice, thereby saving cognition. While it is yet to be decided if LC could play a function in contextual learning in humans, scientists are of the opinion that these neurons seem to be affected in other neurodegenerative diseases, counting Alzheimer’s disease.

Additionally, the team supposedly recognized the gene fragment in mice that could be mostly accountable for LC degeneration. In a knockout mouse model with the third copy of APP removed, the reduction in LC neurons apparently did not take place, signifying that App over-expression seems to be essential for LC deterioration. Nevertheless, erasing the additional copy did not reinstate usual contextual learning behavior.

Mobley quoted, “Simply deleting the third App doesn’t fix the behavior, so probably other gene products also play a role in Down syndrome. However, giving the pro-drug to the mice rescued cognitive behaviors in a very dramatic way.”

He observed that a type of this drug is said be at present in clinical trials in the U.S. to treat fibromyalgia in humans. The possibility is very real that such a therapy, if proven safe, could be effective in treating dementia in later-stage Down syndrome patients shares the expert.

The study was published in Science Translational Medicine.

Can tumors react to intense and moderate heat?