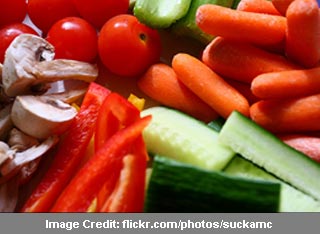 Can something that is inherited through genes be altered by simple methods? Well, experts from the McMaster and McGill University have disclosed that a gene called 9p21 may be modified through consumption of adequate amounts of fruits and raw vegetables.

This gene is apparently the strongest marker for heart or cardiovascular disease (CVD). As part of the study, around 27,000 individuals from 5 different origins namely, Europe, South Asia, China, Latin America and Arabia were examined. The influence that diet had on the 9p21 gene was analyzed.

Sonia Anand, joint principal investigator of the study and a researcher at the Population Health Research Institute and a professor of medicine and epidemiology at the Michael G. DeGroote School of Medicine at McMaster University elaborated, “We observed that the effect of a high-risk genotype can be mitigated by consuming a diet high in fruits and vegetables. Our results support the public health recommendation to consume more than five servings of fruits or vegetables as a way to promote good health.”

The outcomes showed that people with high-risk genotype who conformed to a fixed diet constituting vegetables, fruits and berries were seemingly exposed to the same risk as those who carried the low-risk genotype.

The scientists are surprised that a healthy diet could dampen the effects of 9p21 variants in elevating heart-disease risk. The team concludes that further studies are required to gauge the metabolic processes of the 9p21 gene.

The analysis is published in the current issue of the journal, PLoS Medicine.