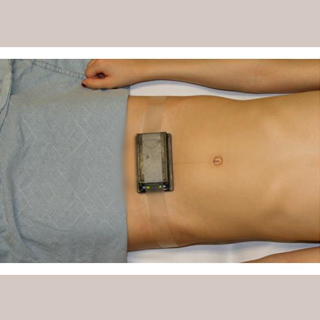 The following article stores some good news for doctors finding it difficult to recognize people with bladder dysfunction. The University of British Columbia, Vancouver Coastal Health and the Child & Family Research Institute (CFRI) have together introduced a cell phone-sized, wireless near-infrared device that assists in diagnosing bladder disease. Dubbed as near-infrared spectroscopy (NIRS), this device may also aid in fighting the root causes of urinary incontinence.

Claimed to be a novel study, scientists examined 37 healthy and symptomatic adults and children. A wireless NIRS device was placed over the bladder and held in place by a strap. Then specially designed software seemingly measured the differences in the amount of light shone through the skin to the bladder wall. The achieved data presumably provided a measure of changing hemoglobin concentration and the levels of oxygen and volume in the blood.

“Currently, diagnosing bladder dysfunction usually requires an invasive test that involves urethral and rectal catheter insertion to measure bladder pressure and urine output – a stressful and painful procedure that provides a limited amount of physiologic information,” added lead author Dr. Andrew Macnab, a pediatrics and urology professor at UBC and Head of the NIRS study group at the Bladder Care Centre at UBC Hospital. “Our study shows that near-infrared spectroscopy – a non-toxic and non-invasive method using light shone through the skin to monitor the microcirculation of the bladder – can detect changes in bladder physiology that are proving characteristic for specific causes of voiding dysfunction.”

In this study, consistent patterns of normal oxygen availability and blood supply in the bladder muscle was reported among healthy subjects during urination. The patterns in children with symptoms due to voiding problems, on the other hand, appeared quite different and matched patterns were noted when blood flow or oxygen supply was inadequate for normal muscle function. A prior study also confirmed that non-invasive NIRS is accurate in diagnosing men with difficulty to pass urine.

The study is published in the International Journal of Spectroscopy.