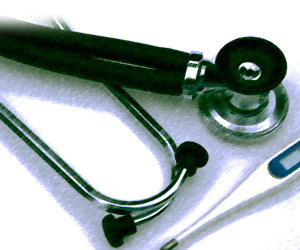 This could really leave you aghast! In case you are one those people who take long term sick leaves for psychiatric conditions are twice as likely to die of cancer as against their healthier counterparts. That’s right!

Conducted by a team of researchers at the University College London, the new British study reveals that employees who are in the habit of taking long-term sick leaves die much earlier than their healthier counterparts. Apparently scientists claim that the number of sick leaves a worker takes can actually help in predicting his risks of an early death.

Jenny Head, lead researcher of the study, commented, “We didn’t study the reason, but it might be people that tend to be depressed might be less likely to seek help from a doctor or being prone to depression could affect your cancer prognosis or depression might affect adherence to treatment. It would be useful for this information to be collected because we could identify groups with high risk of serious health problems.”

The group of scientists analysed the sickness records of nearly 6,478 British civil servants employed between 1985 and 1988 and compared with mortality up until 2004. Among these subjects, those who had taken a long period of sick leave ran a 66% higher risk of death. While nearly 288 people died during the course of the study, 30% of the people who had stayed at least seven days off work more than once had 66% increased chances of an early death.

Researchers additionally found that individuals who had been off work for a long time and suffered from heart disease, stroke or related conditions had more than four times the risk of premature death as against those who took no leaves. Employees who took time off because of psychiatric diseases had two times increased chances of dying prematurely and those who stayed away from work due to surgery were twice more likely. Increased death risks were also linked to people who stayed absent due to common respiratory problems and infections.

Those employees who had musculoskeletal diseases like back pain had no such increased risks. The researchers emphasize that psychiatric illness and cancer could be associated because these people were too depressed and failed to see a physician early enough.

The current issue of the British Medical Journal features the results of this study.