Researchers at the University of Maryland School of Medicine, Baltimore state that music can improve an individual’s cardiovascular well being by opening up blood vessels throughout the body. It causes the inner lining of the blood vessels to expand, which increases blood flow to the heart. This research followed in the footprints of a study conducted earlier, which had stated that laughter had the same positive effect on the human body as music. 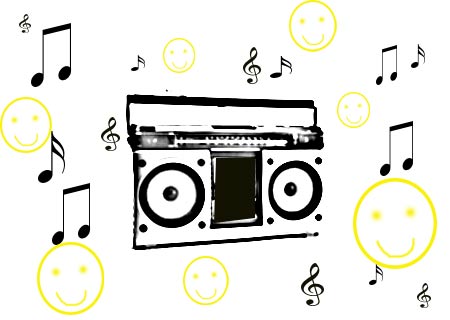 This study was conducted on ten healthy non-smoking subjects. Prior to the actual test each volunteer had to undergo a baseline test on an empty stomach. This test was conducted in order to measure the flow-mediated dilation. After that all the volunteers were made to listen to four different types of music, in order to see its effect on their cardiovascular system. The subjects could bring in their own music or listen to the tapes provided by the researchers. The types of music used were: music which made the subject happy or brought in a sense of joy to them; music which created anxiety in the subjects; listening to relaxation audio tapes; and funny videotapes in order to generate laughter. The order of playing these tapes was randomized for each subject.

In order to reduce any emotional desensitization in the subjects, they were asked to avoid listening to their favorite music for at least a period of two weeks. Michael Miller, M.D., director of preventive cardiology at the University of Maryland Medical Center and associate professor of medicine at the University of Maryland School of Medicine and also the principal investigator of this study states that, “The idea here was that when they listened to this music that they really enjoyed, they would get an extra boost of whatever emotion was being generated.”

The music which brought joy to the volunteers caused the tissue in the inner lining of blood vessels to dilate causing an increase in blood flow. Arterial expansion in the volunteer’s was noticed. On the other hand, by listening to the anxiety creating music, a thinning effect on the subject’s blood vessels was noted. This music narrowed the volunteer’s blood vessels, restricting blood flow. Dr. Miller says, “I was impressed with the highly significant differences both before and after listening to joyful music as well as between joyful and anxious music.”

Positive feelings trigger the release of endorphins in the brain. According to Dr. Miller it’s a physiological reaction to the genre of music played. He says, “We don’t understand why somebody may be drawn to certain classical music, for example. There are no words in that, and yet the rhythm, the melody and harmony, may all play a role in the emotional and cardiovascular response.” He goes on to say, “The emotional component may be an endorphin-mediated effect. The active listening to music evokes such raw positive emotions likely in part due to the release of endorphins, part of that mind-heart connection that we yearn to learn so much more about. Needless to say, these results were music to my ears because they signal another preventive strategy that we may incorporate in our daily lives to promote heart health.” In other words it plays a crucial role in the prevention of cardiovascular diseases.

The end-result of this study are said to soon be presented at the Scientific Sessions of the American Heart Association in New Orleans. For an overall well-being, Dr. Miller recommends laughter and listening to enjoyable music, in addition to having a healthy lifestyle.