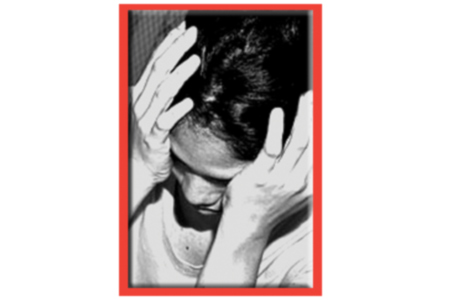 According to a new White House report released on May 10, 2008, it has been reported that millions of American teens suffer from depression because of experiencing weeks of hopelessness and losing interest from daily activities. The teens are consuming marijuana and other sorts of drugs which are making their conditions worse. The report from the White House Office of National Drug Control Policy (ONDCP) shows that marijuana can deteriorate the conditions of an already depressed patient and can lead to increased serious mental disorders such as schizophrenia, anxiety and more than that can even lead to suicide attempts.

To ease the feelings of depression (“self-medicating”) teens are using drugs whereas the research has verified that using marijuana can complex the problem. The report was shown on the same day with May’s Mental Health Awareness Month which revealed that around two million teens felt depressed at some point in the previous year. And compared to non-depressed teens, the depressed teens are more than twice likely to consume marijuana during that similar period.

The research also demonstrated in the report that depressed teens consumed illicit drugs as compared to non-depressed teens who did not. Peer pressure is also the cause of making them use marijuana and getting abused or becoming dependent on it. Marijuana is linked with depression, suicidal thoughts and suicide attempts.

John P. Walters, Director, National Drug Control Policy said, “Marijuana is not the answer. Too many young people are making a bad situation worse by using marijuana in a misguided effort to relieve their symptoms of depression. Parents must not dismiss teen moodiness as a passing phase. Look closely at your teen’s behavior because it could be a sign of something more serious.”

The consuming rates of marijuana amongst teens have dropped by 25 % since 2001. It’s found that more teens use marijuana in comparison to all other illicit drugs combined. The new report, “Teen Marijuana Use Worsens Depression: An Analysis of Recent Data Shows ‘Self-Medicating’ Could Actually Make Things Worse,” shows the following:

Dr. Drew Pinksy, internist, addiction expert, and host of VH1’s Celebrity Rehab said, “Don’t be fooled into thinking that pot is harmless. Marijuana is an addictive drug. Teens who are already depressed and use marijuana may increase their odds of suffering from even more serious mental health problems.”

Nora D. Volkow, M. D., Director of the National Institute on Drug Abuse explained, “Not only are adolescents at greater risk for drug abuse, but they may suffer more consequences. There is also some evidence that in vulnerable teens-because of genetic factors-the abuse of marijuana can trigger a schizophreniform disorder.”

ONDCP is advising parents to take care and pay adequate attention to their teens’ behavior and mood swings and try identifying that marijuana and other drugs can play a dodgy role in their child’s life. Parents can take up solid steps to guard their teen from marijuana and other illicit drug use: