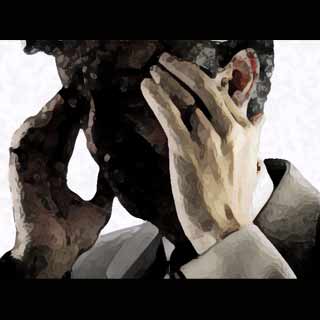 The hierarchies in business organizations have changed to lateral ones and more attention is being paid to the employees to retain their loyalty. According to the latest study, it will be better if the organizations take care of the employees’ head, neck and shoulder ache.

Italian researchers have found that the initiative from workplaces reduces headaches and neck and shoulder pain by more than 40 per cent and the usage of painkillers to half. The study was made by comparing the cases of 169 employees (study group) who took part in an educational and physical programme with 175 staff members (control group) who hadn’t taken part in the office initiative.

A diary survey was conducted which went for eight months where both the groups reported their experiences in their diaries. The researchers started tracking the records in the third month after which the baseline results of the first and the second month were compared to those of the seventh and eighth month.

“Staff in the study group were asked to carry out a series of relaxation and posture exercises every two to three hours and provided with red labels to place around their work area to remind them to avoid excessive contraction of their head and shoulder muscles,” said lead author of the study, Professor Franco Mongini from the Headache and Facial Pain Unit at the University of Turin, Italy.

“The exercises also included two daily periods of ten to 15 minutes when staff relaxed quietly at home in a comfortable armchair with warming pads placed on their cheeks and shoulders,” he said.

The researchers noted that both the groups reported 6 days of headache and 7 and a half days of neck and shoulder aches a month. They took analgesic drugs for two days in a month. By the end of the study programme, it was noted that the recurrence of headaches was reduced by 43% in the study group. The control group which had not participated in the educational and physical programme showed a negligible rise of 0.02% in recurrence of headaches.

As far as the neck and shoulder pain are concerned, the study group showed as much as 43% of reduction in the recurrence of the pain whereas the control group just showed a mere 5% reduction in the pain.

“Headache and neck and shoulder pain are both a clinical challenge and a major health problem” points Professor Mongini. The research was primarily funded by the Compagnia di San Paolo in Turin with Region Piemonte.

“Last year Cephalalgia published a study by Stovner et al that suggested that the worldwide prevalence of headache was as high as 46 per cent in adults, with 11 per cent suffering from migraine, 42 per cent from tension headaches and three per cent from chronic daily headaches,” explains Mongini.

The study and the control belonged to different offices to avoid any contamination in the trial and its result. The trial was executed by screening a short film where the lead author explained by following a practical demonstration and training. A clinician visited the workplaces in the fourth and the sixth month to demonstrate and remind the exercises to the employees, although information sheets on the same were provided to them.

A good 90% of the 384 employees completed the study, 80% of which were women aged around 46 years. This proves that the methods will become popular in workplaces owing to the fact that there were very less drop-out rates and the steps taken were also very simple, effective and cost-effective.

So researchers suggest that the workplace must intervene and take steps to better the employees’ health and reduce their head, neck and shoulder pain.

The study is published in the May issue of the journal Cephalalgia.