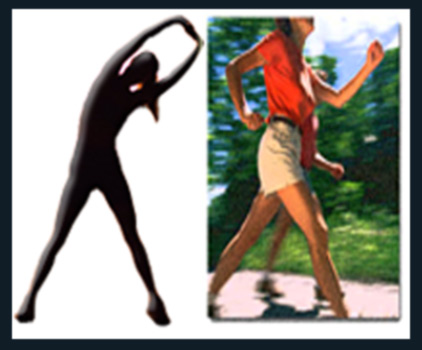 Younger women now have two good reasons to go to the gym or for their daily workouts and jogs. One reason of course would be to stay fit and the other is that there are possible chances to cut down on the risk of the development of breast cancer. According to a new research, proper exercise regimens lower the risks of breast cancer prior to the menopause stage by 23 percent. Almost 75 percent of the female population suffers from breast cancer which occurs before the menopausal period and in Britain the number of cases every year is around 11,000. Through the research conducted it was revealed that women, who had exercised in a routine manner between the age group of 12 and 22, were found to have the lowest risk of developing the cancer.

Graham Colditz, one of the authors of the study that looked at young women and cancer, and a professor in the department of surgery at the Washington University School of Medicine in St. Louis, Mo said, “You don’t have to be a marathon runner to get the risk-reducing benefits of exercise.”

Researchers from the Washington University and Harvard University assessed around 65,000 women and the survey’s questionnaire revolved around some questions like the kind of physical activity and its level at different stages of their lives starting from age 12. This is the only study which has tried to find out about the impact and consequences of doing exercise on pre-menopausal breast cancer and the research had a follow-up of more than six years. The result was that almost 550 women had developed breast cancer.

“I think the study clearly supports our encouraging girls and young women to be physically active to lower their risk of breast cancer and to sustain that activity on through the pre-menopausal years,” said Dr. Colditz. The study had analyzed this research according to the women’s day-to-day activity. The two types of findings were that women who used to run for 3.25 hours a week and other’s who used to walk for 13 hours a week had the similar chances of not developing this disease when compared to those women who were inactive or less active.

The advantage of exercising was not associated to a specific sport or the amount of rigorous workouts. Infact the researchers concluded that it’s the total activity which accounts for the disease. “I think the study clearly supports our encouraging girls and young women to be physically active to lower their risk of breast cancer and to sustain that activity on through the pre-menopausal years,” Dr. Colditz said.

Dr Graham Colditz added, “We don’t have a lot of prevention strategies for premenopausal breast cancer, but our findings clearly show that physical activity during adolescence and young adulthood can pay off in the long run by reducing a woman’s risk of early breast cancer.”

Christine Friedenreich, one of the authors of the study and a research scientist at the Alberta Cancer Board said, “It’s never too late to start.”

Dr. Graham Colditz elucidated that active women would be less exposed to estrogen which is the reason behind them being at a lower risk of getting the disease. All sorts of day-to-day work and other forms of activity or movements done like the household work, going to market etc lowers the chances, but recreational activity had significant impact, reveals the study. The woman’s body mass index (BMI) shows how protective the activity is in opposition to the disease. The obese and the lean women both had the chances of developing breast cancer (BMI<22kg/m2) compared to active women. The findings were published on 14th May 2008 in the Journal of the National Cancer Institute.

Obese esophageal cancer patients may be at high risk of death...