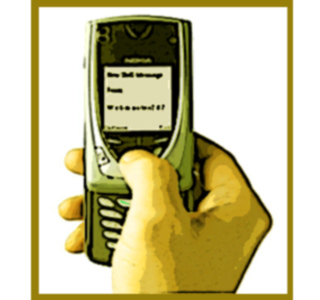 With the advent of mobiles, ipods, computers, internet etc. people have forgotten to start living in the real world, since all these forms of technology get you hooked to them and you don’t even realize that you have your friends and family which stay so close to you. Instant messaging, blogs, wikis, social networking sites and mobile phones have made individuals overlook people who are living in and around them and are somewhere building gaps into personal relationships. The aftermaths are evident in the way people are using these online and mobile technologies like in the written languages moreover in teenagers and young adults. However, Naomi Baron, a professor of linguistics at American University said that this probably isn’t so.

“Technologies such as email, instant messaging and text messaging aren’t sounding the death knell for written language as we know it,” Baron said. “In fact, studies in the United States, the United Kingdom and Sweden all report that teenagers have a rather clear understanding that ‘school writing’ is different from the messages they send to friends.”

Baron is the author of Always On: Language in an Online and Mobile World (Oxford University Press, 2008). 10 years of research has made her look at how technology is influencing our different patterns of viewing certain aspects, such as reading, writing, speaking and listening behaviors. And Baron has advised that we should be less bothered about the effects of technology in our writing and try to concentrate on how it perhaps changes our interpersonal relationships.

“People have always found ways to avoid unwanted conversation: crossing the street when a person you don’t want to talk with is approaching or hanging up the phone if your boyfriend’s mother—rather than your boyfriend—answers,” Baron said.

“However, new online and mobile technologies increase the range of options at our disposal for choosing when we want to interact with whom. We check caller ID on our cell phones before taking the call. We block people on IM or Facebook. And we forward email or text messages to people for who they were never intended.”

After Baron completed Always On, she then started traveling around the world to chat with college students and know how they utilize mobile phones and online technologies. The general point found in most of the students is that they are all empowered with the features the technologies provide for instance in a mobile you can ignore calls or messages from certain family members and friends.

“Not one of them expressed any regrets or suspicion that such manipulation might be just plain rude,” Baron said.

“I suspect that if you ask the parents or friends whose attempts at communication were blocked, you would hear a different story,” Baron said. “While talking with students in Sweden and Italy, where mobile phones have been ubiquitous far longer than in the United States, I was pleasantly surprised to see the number of people who turned their phones off when they were studying, ignored incoming calls or text messages even from good friends while watching a movie on TV, or intentionally ‘forgot’ their phones from time to time just to have some peace,” Baron said. “My hope is that Americans are only going through a phase of feeling they must be ‘always on’ and that over time, we will regain a more balanced sense of communicative equilibrium.”

However ignoring calls, emails and messages on our mobile phones and laptops perhaps drastically affect our relationships in a negative manner and such a kind of behavior doesn’t always prove to be correct.