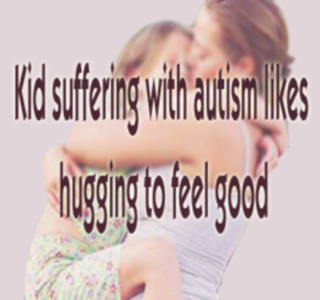 A vest is proficient of giving a “portable hug” which helps to reduce anxiety amongst children with autism and Attention Deficit Hyperactive Disorder (ADHD).

At present, the University of Massachusetts Amherst is developing a “deep pressure” vest. Apart from autistic children, adults suffering from mental illnesses can also use it, reports Science Daily.

Brian Mullen at the University of Massachusetts Amherst has developed this “portable hug” known as deep pressure touch stimulation (DPTS).

“People with developmental disorders and mental illness are often overwhelmed in everyday environments such as school and the workplace, and solutions available to families and mental health professionals are limited,” says Mullen.

According to Mullen, the vest’s hug “is an alternative therapy that can safely and discreetly provide the treatment they need to function in mainstream society.”

To make the vest commercially viable, Mullen has thought of a concept known as Therapeutic Systems, that won the $50,000 grand prize in the UMass Amherst Technology Innovation Challenge. They won the competition for the best entrepreneurial technology business plan created by students.

The therapist working with children who are ailing from autism, ADHD and sensory processing disorders observed that DPTS has the ability to raise the attention to tasks and lower the anxiety and harmful behavior by providing various sensory stimuli.

DPTS plays the role of an emerging trend to improve the lives of adults with mental illness by using touch, sound and aroma to persuade alertness, attention and their capability to become accustomed to their surroundings.

Mullen and his advisor Sundar Krishnamurty, a professor of mechanical and industrial engineering at UMass Amherst have held eight clinical studies on the effectiveness and safety of existing weighted blankets and vests which deliver DPTS. Mullen had used the data to make a prototype system for applying DPTS which can be slotted in any commercial vest or jacket with a lining.

Some of the results at the initial stage of study with the students who weren’t suffering from autism or ADHD at UMass Amherst showed that contestants preferred Mullen’s prototype vest. It applies pressure which gives the feeling of a hug or swaddling, over the current gold standard weighted vest.