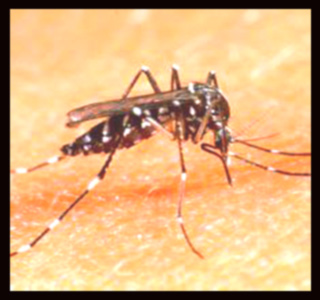 Now-a-days even mosquitoes are gaining fame due to their deadly bites in human beings. One of the mosquitoes breed mostly found in Asia has the ability to carry the risk of fatal diseases and can be easily passed on from one person to another and is now poised to invade Britain.

This insect is also present in European countries and others like Germany and the Netherlands. The scientists at the Government’s Health Protection Agency (HPA) at Porton Down in Wiltshire say that the climate in United Kingdom suits best for the mosquito to breed.

The finding of the study has left the health experts worried that mosquitoes are now likely to invade Britain.

The prime suspects for the Asian tiger mosquito to reach different parts of the world is that the international trade business happening amongst different countries of the used car tyres tend to carry the mosquito’s eggs in trapped water inside the rim of the tyre.

A Chinese houseplant called lucky bamboo which is kept in water filled pots can also be a reason for the spread of the diseases. The insect reaches through ports such as Rotterdam.

Scientists have found certain factors through which the Asian tiger mosquito is able to reach across England and Wales. The mosquito breeds in the warm, damp conditions of the British summer and thus raises the risk of chikungunya fever amongst the local people.

“The mosquito has popped up across Europe and although we haven’t found it yet in the UK, we have identified the potential for it to come here,” The Independent quoted a spokesman of the HPA’s Porton Down laboratories, as saying.

Researchers found that many British people, over the recent years who return from South-east-Asia, bring in the chikungunya virus. But if the tiger mosquito becomes successful in establishing itself in Britain then it will spread this epidemic disease amongst all; according to the researchers.

People who are suffering from chikungunya build up a fever which lasts for couple of days making the patient suffer severe headaches, joint pains and insomnia after they get bitten by the mosquito.

Adding to all this, it’s found that the female mosquito can survive on human blood and is know for its spontaneous, penetrating bite and can actually feed throughout the day as compared to the mosquitoes who turn up in the evening time.