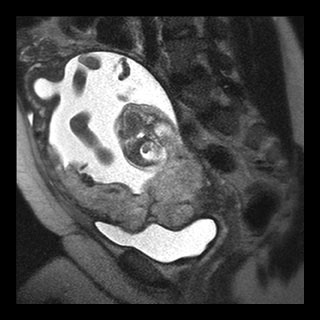 Recently experts revealed that MRI may aid in the detection of life-threatening pregnancy complication. They suggest MRI to be a highly-accurate means of recognizing placenta accreta as part of their new study.

Placenta accreta is supposedly known to be a potentially serious condition. In it, the placenta surrounding a fetus binds too deeply to a woman’s uterus. Dangerous if left undetected until the time of delivery, it is also considered to apparently be on the leading causes of death in women just prior to and post birth. Adding to it, the condition is increasingly common.

“Due to the increase in cesarean sections and other surgeries that leave scarring on the uterine wall, coupled with women giving birth later in life, the incidence of accreta has increased dramatically over the past 20 years,” mentioned lead author Reena Malhotra, M.D., a radiologist at the University of California, San Diego (UCSD) in La Jolla.

Seemingly when a placenta attaches itself deeply to the uterus, it may be delivered along with a baby. In doing so, it could pull with it parts of the blood-rich uterine wall, rupturing blood vessels. Consequently this may result in severe hemorrhaging in the mother in addition to complications for the baby. Massive hemorrhage needing blood transfusion, hysterectomy or death of the mother could occur in severe cases, particularly when undiagnosed.
Often regular prenatal ultrasound has the ability to recognize the presence of placenta accreta. However, it may not always be accurately identifiable in subtle cases.

Scientists associated with the study set out at assessing the accuracy of MRI diagnosing placenta accrete. They conducted MRI evaluation at UCSD between 1992 and 2009 on 108 patients. Based on a doubtful prenatal ultrasound or clinical examination or significant risk factors for the condition, the women appeared to have been referred for MRI.

Placenta previa that is placenta covering all or part of the cervix, uterine scarring, prior cesarean births and, in certain instances, pregnancies after the age of 35 are all considered to be the possible risk factors of placenta accrete.

The MR images of the subjects were then compared to surgical and/or pathology results. This was possible for only 71 of 108 cases. On correlating with surgical and pathology findings, MRI it was found had a 90.1 percent accuracy rate ascertaining the presence of accrete. MRI apparently does not expose the mother or fetus to ionizing radiation.

“Our findings demonstrate that MRI is an extremely useful adjunct to ultrasound for assessing this potentially life-threatening obstetric condition,” Dr. Malhotra

According to a study conducted in 2005, an overall incidence of placenta accreta was one in every 533 deliveries. Published in the American Journal of Obstetrics and Gynecology, the study had examined data from 64,359 births over 20 years (1982 – 2002). The risk for women who have earlier delivered a baby through a cesarean section appeared to be greater by a factor of three. With each consecutive cesarean, the risk appears to increase further.

“Having placenta accreta is not necessarily a bad prognostic indicator for the pregnancy,” Dr. Malhotra said. “It is not knowing about the condition that is potentially life threatening. Accreta needs to be diagnosed ahead of time so that delivery can be planned.”

A pregnancy is supposed to be a high risk one upon the diagnosis of placenta accreta. Following the identification specialists will carefully monitor a woman’s prenatal care and delivery.

The study was put forth in the annual meeting of the Radiological Society of North America (RSNA).