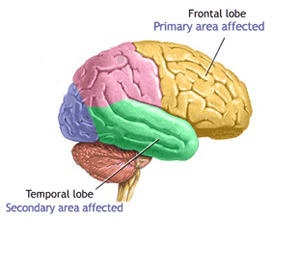 Researchers at the Buck Institute have managed to shed new light on memory loss. According to them, the normal process of forgetting daily happenings is present in sufferers of Alzheimer’s disease. This, they say could perhaps be the key to profound memory loss associated with Alzheimer’s.

Their suggestion is based on a study that builds on previous research on animals, where they could completely prevent Alzheimer’s Disease in mice who were genetically engineered with a human Alzheimer’s gene known as Mouzheimer’s.

In their latest study, the researchers studies human brain tissue and found that patients suffering from Alzheimer’s showed more of the cleavage process than people of the same age who did not have the disease.

However, when the study was conducted on younger people without Alzheimer’s Disease, they were surprised to find that the young subjects showed as much as 10 times the amount of eth same cleavage process as the Alzheimer’s patients.

The researchers say that their study implicates a biochemical “switch” associated with that cleavage of APP, causing AD brains to become stuck in the process of breaking memories.

The study also points to AD as a syndrome affecting the plasticity or malleability of the brain, they add.

“Young brains operate like Ferraris – shifting between forward and reverse, making and breaking memories with a facility that surpasses that of older brains, which are less plastic. We believe that in aging brains, AD occurs when the ‘molecular shifting switch’ gets stuck in the reverse position, throwing the balance of making and breaking memories seriously off kilter,” said Dr. Dale Bredesen, Buck Institute faculty member and leader of the research group.

Continuing research at the institute focuses on nerve signalling and efforts to “disconnect” the molecular mechanism that throws memory-making in the reverse direction, as well as understanding mechanisms that support brain cell connections that are crucial to the process of memory making.