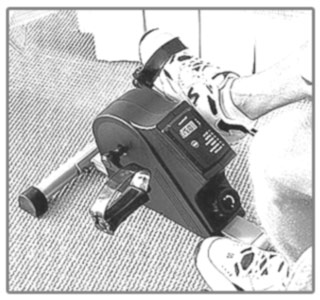 According to the latest research from McMaster University, an intense warm up proves beneficial for the muscles and raises the exercise performance level. It also improves the function and structure of blood vessels in certain arteries which deliver blood to our muscles and heart.

The study was led by kinesiology doctoral student Mark Rakobowchuk and the study has been published online in the journal American Journal of Physiology. Regulatory, Integrative & Comparative Physiology.

The findings of the study suggest that people can exercise using brief, high-intensity ways of exercise and obtain similar advantages to cardiovascular health from traditional, longer period and some fair amount of intense exercise.

“As we age, the arteries become stiffer and tend to lose their ability to dilate, and these effects contribute to high blood pressure and cardiovascular disease,” says Maureen MacDonald, academic advisor and an associate professor in the Department of Kinesiology. “More detrimental is the effect that blood vessel stiffening has on the heart, which has to circulate blood”.

The researchers compared 2 groups first, people who had successfully completed interval training using 30-second “all-out” sprints in 3 days in a week and the second group who completed between 40 and 60 minutes of moderate-intensity cycling of five days in a week.

The end results were that six weeks of intense sprint interval exercise training perked the structure and function of arteries just as the traditional and longer period exercise with greater commitment.

“More and more, professional organizations are recommending interval training during rehabilitation from diseases like chronic obstructive pulmonary disease, peripheral artery disease and cardiovascular disease. Our research certainly provides evidence that this type of exercise training is as effective as traditional moderate intensity training,” says MacDonald. “We wouldn’t be surprised to see more rehabilitation programs adopt this method of training since it is often better tolerated in diseased populations”.

The study was funded by the Natural Sciences and Engineering Research Council of Canada (NSERC) and the graduate students were given funds by the Canadian Institute of Health Research and the Ontario Graduate Scholarship program.