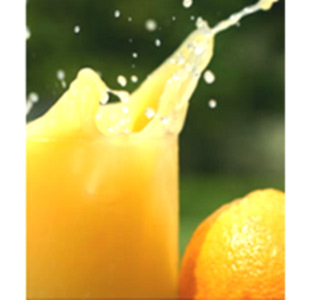 Most kids refrain from eating fruits, so mothers have to opt for alternative options. The mothers opt for a fruit of their child’s choice and prepare the juice for health benefits, for instance health benefits in an orange juice is its richness in Vitamin C, prune juice helps with digestive problems and so on.

Children who drink 100 per cent of fruit juices certainly have lower chances of becoming overweight and such children can also relish some more nutritious diets compared to those children who consume beverages, notes the latest report in the June issue of Archives of Pediatrics & Adolescent Medicine.

Dr. Theresa A. Nicklas of Baylor College of Medicine in Houston and her team studied the juice-drinking and diet habits of 3,618 children, aged 2 to 11 who participated in the National Health and Nutrition Examination Survey between 1999 and 2002. The study weighed, measured and analyzed the type of food and drinking habits in children during the home interviews.

The lead researcher of the study Theresa A. Nicklas said, “We found juice consumption was not excessive among children, in addition, 100 percent juice consumers had a better diet than children who did not drink juice.”

However some studies do not agree with the current findings as they say that drinking too much of juice leads to overweight and obesity. The study found that on average, children used to drink 4.1 fluid ounces of juice each day accounting to 58 calories to their routine diet.

Although children drank less juice compared to the actual amount suggested by the American Academy of Pediatrics. The academy has recommended 4 to 6 ounces for one to six year old children, 8 to 12 ounces for children and teens of 7 to 18 years old. Moreover children of 2 to 3 years old drank the more juice i.e. an average of 6 ounces each day.

“It is not clear why some children drink more fruit juice and what the association is with increased intake of fruit in these individuals,” the authors write. “Taste and availability are two generally recognized factors in increased intake of fruit and vegetables; usual food intake, subjective norms, parenting style and visual benefits of eating fruit and vegetables are others.”

There was no link between drinking juice and being overweight. Consuming 100 percent of juice indicates higher consumption of calories, carbohydrates, vitamin C and B6, potassium, riboflavin, magnesium, iron and folate and primarily less intake of overall fat, saturated fat, discretionary fat and added sugar. Nicklas’ team also reported that children who drank juice even ate the whole fruit compared to those who didn’t drink juice at all.

“Finding no association between fruit juice intake and weight in children invites one to see the juice cup as half full, or half empty, depending on perspective,” said Dr. David L. Katz, director of the Yale University School of Medicine’s Prevention Research Center. “The authors clearly see it as half full and state that fruit juice consumption should be encouraged. I think this goes too far.”

The findings have been published in the June 2 edition of the Archives of Pediatrics & Adolescent Medicine.

Female face easier to read than a male face