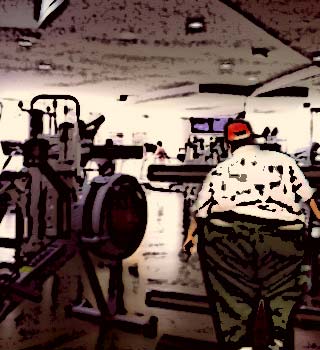 Do you look fat in these genes? Well maybe you needn’t worry now because vigorous exercise of at least 3 hours a day may aid physically active people who possess the fat gene. They are no more likely to be overweight than those without the variant provided they hit the gym regularly.

The distinct study by researchers from the University Of Maryland School Of Medicine reveals that obese people who participate in intensive physical activity can nullify the effects of the heavy weight DNA that inclines them to obesity.

Senior study author, Dr. Soren Snitker, mentioned, “Our study shows that a high level of physical activity can ‘level the playing field,’ equalizing the risk of obesity between those who have copies of the FTO gene variant and those who don’t. The findings “emphasize the important role of physical activity in public health efforts to combat obesity, particularly in genetically susceptible individuals.”

The team of researchers examined the DNA samples from 704 healthy Amish adults with an average age of 44 years. The participants were chosen on the basis of community’s relative genetic purity with a trace of their ancestry back for 14 generations to early settlers in Europe. Of these 54% men and 63.7% women were overweight while 10.1% of the men and 30.5% of the women were obese. A series of physiological tests including recording their physical activity over a seven-day period was carried out on the participants.

On genetic analysis, 26 single-nucleotide polymorphisms (SNPs) i.e. changes in a single base letter of DNA in the FTO gene were found to be associated with BMI. A closer look at the genes showed that only in people with low physical activity scores, the two strongest SNPs were related to BMI. Those with above average physical activity scores experienced no significant effects of the SNPs. So the gene had almost no effect on the weight of the most active subjects.

The researchers however pinpointed that the FTO gene variant may be only one of the many genes linked to obesity. They also indicate a further research to comprehend diet and physical activity interaction with genetic factors that could contribute to weight gain.

Published in the Archives of Internal Medicine, the study thus suggests that spending a few hours a week at the may actually help overcome the predisposition to obesity.