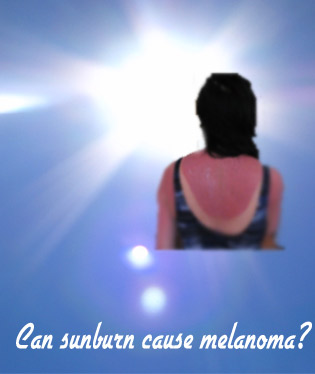 The relevance between sun exposure and the more deadly form of skin cancer, melanoma is still indefinite. The dubious issue was the bone of contention for two experts Professor Scott Menzies, from the University of Sydney at the Sydney Melanoma Diagnostic Centre and Sam Shuster, a consultant dermatologist at Norfolk and Norwich University Hospital.

As indicated by Sam Shuster, true, malignant melanoma may not be caused by too much exposure to sun; however it may be the cause of all other forms of skin cancer which are virtually benign.

According to Sam people who use protection and avoid the sun are less likely to suffer from common skin cancers as it affects those who have a pale skin exposed to the sun. Cases of melanoma on the other hand are 75% more common on relatively unexposed places on the body as it is communed to ethnicity instead of pigmentation like the feet of Africans.

Increased by sunscreens, the incidents of melanoma are cut back by greater exposure to sun and a diminutive insignificant effect is seen by sun-bed exposure. Shuster thus inferred that there was a least possible effect of ultraviolet light on melanoma.

Scott Menzies, in contradiction, stated that melanoma occurs quite often in people of races who tend to burn rather than tan and the on those locations of the body that are heavily exposed to the sun. Menzies determined that it was very apparent that the risks of developing melanoma in white populations are powerfully identified by periodical sunburn and exposure to the sun.

Using data from Australia, which concurred with a strong public health message to use sun protection, Menzies showed that instances of melanoma dropped considerably in young adults between 1983 and 1996.He deduced that sun exposure is the chief reason of melanoma considering an analysis of genetic evidence, geography of a place and sun exposure together.

Though correlating the hazards of too much exposure to the sun with multiple risks of melanoma are very common, the issue is yet ambiguous The study is published in the British Medical Journey.

Meningitis Vaccine recalled in the US