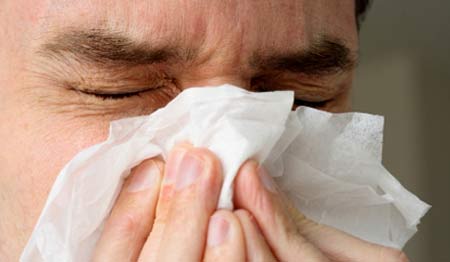 Cold and cough in summer arising from the body’s newfound allergies to trees or grass may duly get on the nerves of people. Nevertheless, Yale University professionals have a different story to tell who believe that seasonal allergies are the body’s ways of dealing with ambient toxins.

The explanation goes along the lines that experiencing the allergens once apparently reduces the adverse effects of further exposure. Practically, there are 3 types of immune responses in the body. The first class strives to combat infections due to fungi, virus and bacteria or protozoa by killing the harmful microbes directly.

“We believe that allergic hypersensitivity evolved to survey the environment for the presence of noxious substances. After the first exposure, the immune system gains a memory, and subsequent exposure to even minute amounts will induce an anticipatory response that helps minimize potentially harmful effects,” quoted Lead author Ruslan Medzhitov, professor of immunobiology at Yale School of Medicine and a Howard Hughes Medical Institute analyst.

The second class safeguards against environmental irritants by inducing T cells or fighter cells to battle them out. The news is that this type 2 immunity can go overboard with stimulants like pollens in the surrounding. This is what leads to hay fever going almost synonymous with coughing, sneezing, running noses and more.

But, the team argued that more often than not, this immunity is beneficial for humans. Seemingly, it protects individuals from 4 kinds of toxins namely animal poison, parasites, chemical venom and environmental allergies. After the first exposure to allergens, the immune system receives a memory which supposedly reduces the toxic effects of future infections.