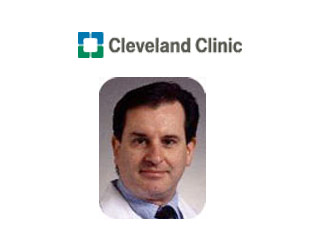 At present there are two cancer prevention vaccines namely one that combats cervical cancer and the other for liver cancer, both of which have been given the green signal by The U.S Food and Drug Administration. Researchers at Cleveland Clinic’s Lerner Research Institute now claim to have developed a vaccine to fight against breast cancer formation in women over 40 years and women at high risk.

It has been observed that the two vaccines already existent help in preventing viruses, the human papillomavirus (HPV) and the Hepatitis B virus (HBV) and not cancer formation. This new research was conducted specifically on mice who had acquired cancer genetically. Half of the mice were treated with a vaccine containing α-lactalbumin and the other half were treated with the vaccine that did not contain the curing factor α-lactalbumin. The researchers were amazed to find out that none of the mice injected with α-lactalbumin were affected with breast cancer while the rest of the mice did get affected.

“We believe that this vaccine will someday be used to prevent breast cancer in adult women in the same way that vaccines prevent polio and measles in children,” said Vincent Tuohy, Ph.D., the study’s principal investigator and an immunologist in Cleveland Clinic’s Lerner Research Institute Department of Immunology. “If it works in humans the way it works in mice, this will be monumental. We could eliminate breast cancer.

It is known that cancer presents a quandary not posed by viruses. Cancer is the development of the body’ own cell and the immune system is more familiar to cancer than viruses. Hence care must be taken as creating a vaccine against cancer would be creating a vaccine against the human body which may end up affecting healthy tissues. It is assumed that this new vaccine when developed would be tried on humans within the next year. And if successful it may bring a smile on most of faces as it would be the first vaccine to combat breast cancer.

“Most attempts at cancer vaccines have targeted viruses, or cancers that have already developed,” said Joseph Crowe, M.D., Director of the Breast Center at Cleveland Clinic.

He says that Dr. Tuohy is not a breast cancer research and his way of looking at breast cancer is different than the rest as he is a immunologist. He feels that the tumor should be blocked before it grows. This though is a unique concept and should be pondered on. α-lactalbumin which is a protein found among most of the women suffering from breast cancer was identified by Dr. Touhy and his team. It would be effective enough to develop a vaccine which would block tumor formation without harming the healthy breast tissues.

This approach could be adopted on women above 40 years and who are less prone to getting pregnant. Pregnant women would seemingly not be able to breast feed due to soreness in the breast. For younger women it could be a great option as they can probably choose this vaccine over prophylactic radical mastectomy.

Researchers suggest that these findings could be helpful for further analysis of other forms of cancers as well. Antigen needs to fulfill some factors like it should be available densely in areas mostly affected by tumor. Another factor is that it should visible in the tissues that have not yet been targeted by the tumor with the exception of circumstances that cannot be avoided like lactation.

The research will be published in the June 10 issue of Nature Medicine.