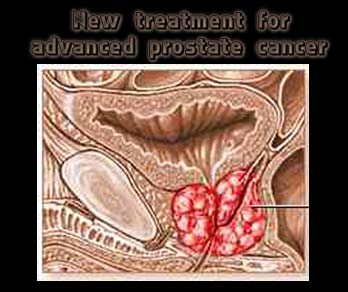 Efforts of researchers at the University of Adelaide have resulted in the development of an atypically fresh procedure in the treatment of advanced prostrate cancer. With lesser secondary effects, Dr Lisa Butler of the University’s Dame Roma Mitchell Cancer Research Laboratories and Professor Wayne Tilley, founding member of the Freemasons Foundation Centre for Men’s Health revealed that combining new drugs at lower doses with existing prostate cancer drugs, the treatment is much more effective and generates better results than the ongoing ones.

Professor Tilley remarked, “Growth of prostate cancer is initially dependent on hormones called androgens, which traditionally have been suppressed to stop tumor growth. However, despite an initial response, resistance to hormone deprivation often occurs and the tumor starts to grow again.”

Dr Lisa Butler said, “We can now confirm that a very low level of bicalutamide is capable of inhibiting cancer cell proliferation by more than 10-fold when combined with either vorinostat or 17AAG, making our current treatments much more effective and causing fewer side effects.”

Professor Chris Sweeney, a world recognized medical oncologist and Director of Clinical Trials at the Royal Adelaide Hospital Cancer Centre, commented, “The ultimate test of this exciting laboratory breakthrough is to see if it improves outcomes and quality of life for men suffering from advanced prostate cancer The strong partnership between medical scientists and clinicians at the University of Adelaide and the Royal Adelaide Hospital means patients can benefit from advances in medical science much faster than in the past.”

Having successfully destroyed all traces of prostrate cancer cells in laboratory studies utilizing a combination therapy of drugs including an anti-androgen, bicalutamide and the inhibitors 17AAG and vorinostat, Dr Lisa Butler and Professor Wayne Tilley discovered that the novel drugs obstruct eminent cancer survival pathways. However, if administered by themselves, the drugs are practically in effective in killing the prostrate cancer cells.

A multidisciplinary team led by Professor Chris Sweeney will test the new therapy in advanced prostrate cancer patients as all the drugs required for the combination remedy have been clinically examined and approved.

The story has been adapted from study material of the University of Adelaide.