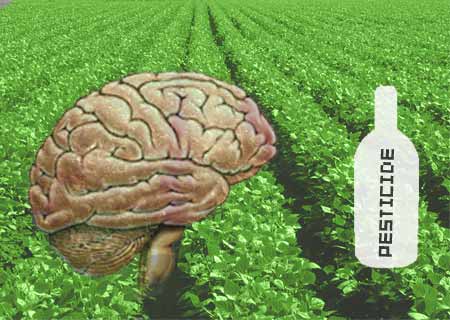 Various studies have been conducted with the aim of evaluating and understanding the causal factors that may lead to Parkinson’s disease. Certain pesticides have to be used for shielding and protecting crops like dry beans, tomatoes, etc. from weeds and bugs. Now you may be wondering that, why have the above two statements been made in immediate succession when there seems to be no apparent link between them! Well, the experts from the University of California Los Angeles (UCLA) may not agree with that. These experts have found an astounding connection between the use of pesticides and the development of Parkinson’s disease.

Earlier studies on the effects of pesticides in animal models and cell cultures have seemingly established a connection between them and the development of Parkinson’s disease. Now the UCLA experts have gone a step forward and have reported of a similar process that was noticed in human beings as well!

Parkinson’s disease is said to be degenerative disorder of the brain or the central nervous system. This disease may be credited for impairing speech, motor skills and various other functions of the affected individual.

For the purpose of the study, these experts evaluated the residents of the Central Valley, California, who were said to have been diagnosed with Parkinson’s disease. It was observed that a long term exposure to both the pesticides; fungicide maneb and the herbicide paraquat, may significantly increase the likelihood of developing this disease.

The study investigators noted that those people who lived within 500 meters in the vicinity of the fields being sprayed with pesticides, may have a 75 percent increased risk of developing this particular disease. However, apparently till now not much data was seemingly available on the human exposure to such pesticides.

Senior study author, Beate Ritz, professor of epidemiology at the UCLA School of Public Health, states that, “Because pesticides applied from the air or ground may drift from their intended treatment sites — with measurable concentrations subsequently detected in the air, in plants and in animals up to several hundred meters from application sites — accurate methods of estimating environmental exposures in rural communities have long been sorely needed.”

More so, it was also observed that an early exposure to a combination of these two pesticides may have a four to six-fold increased likelihood of developing this disease.

The study investigators have further stated that the obtained results supported two observations that were made in animal studies as well. One of the observations was that, exposure to more than one chemical could possibly boost the effect of each of the chemicals. While the second observation was that the period of exposure, i.e. the timing may also be very crucial.

These study findings have been presented in the American Journal of Epidemiology issue.

Primary Care Physicians or Hepatologists: Who is Better?