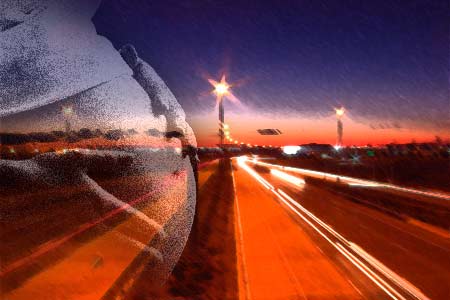 A recent study conducted by researchers from the Université de Montréal and the University of South Australia suggested that proximity to city expressways can have birth effects on expectant mothers and their newborns. The research revealed that living closer to highways increased the odds of low weight babies by 81 % and also made women, especially affluent mothers more susceptible to highway pollution.

Dr. Melissa Genereux, the study’s lead author at the Department of Social and Preventive Medicine of the Université de Montréal, remarked on completion of the research, “We found a disproportionately high association between living close to a highway and birth complications among affluent mothers. Among affluent mothers who live within 200 meters of a highway, the odds of delivering an infant with low birth weight increase by 81 percent, while their odds of delivering a preterm baby increase by 58 percent compared to mothers who don’t live anywhere close to expressways.”

Dr. Genereux further added, “Advantaged mothers may be more susceptible to highway pollution, possibly because they have been protected from other hazards present in low income neighborhoods. We found a disproportionately high association between living close to a highway and birth complications among affluent mothers”

Using statistics from 100,000 new births recorded over a five-year span in the Quebec birth registry, researchers established that mothers, especially women from higher socio-economic neighborhoods who lived within 200 meters of major highways have a higher possibility of delivering smaller or low weight premature babies.

The Journal of Epidemiology and Community Health published this study in its August edition.