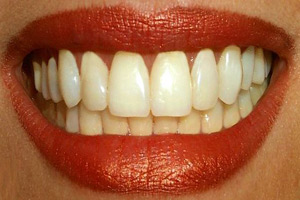 Researchers at the Harvard School of Public Health (HSPH) and Dana-Farber Cancer Institute have found that periodontal disease is associated with an increased risk of cancer of the pancreas.

“Our study provides the first strong evidence that periodontal disease may increase the risk of pancreatic cancer. This finding is of significance as it may provide some new insights into the mechanism of this highly fatal disease,” said lead author Dominique Michaud, assistant professor of epidemiology at HSPH.

“Most convincing was our finding that never-smokers had a two-fold increase in risk of pancreatic cancer. Individuals with periodontal disease have elevated serum biomarkers of systemic inflammation, such as C-reactive protein, and these may somehow contribute to the promotion of cancer cells,” said Michaud.

Another explanation, according to Michaud, is that periodontal disease could lead to increased pancreatic carcinogenesis because individuals with periodontal disease have higher levels of oral bacteria and higher levels of nitrosamines, which are carcinogens, in their oral cavity. Prior studies have shown that nitrosamines and gastric acidity may play a role in pancreatic cancer.

Michaud notes that more research is needed both to confirm this finding in other populations and also to explore the role of inflammation in this particular cancer.

The study will appear in the January 17, 2007 issue of the Journal of the National Cancer Institute.