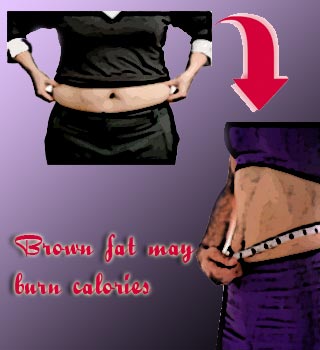 So you think losing weight is a Herculean task? If you are obese, you might just need to put on your thinking shoes. Researchers were amazed to find a calorie-burning brown fat that can be experimentally produced from muscle precursor cells in mice. The surprising discovery brings to light new ways to tackle obesity and overweight.

A demonstration by a team of researchers under the supervision of Dana-Farber’s Bruce Spiegelman, PhD found that an earlier molecular switch known as PRDM16 regulates the creation of brown fat from immature muscle cells. Brown fat is called ‘good’ fat as it burns calories and releases energy, much unlike its counterpart ‘bad’ white fat that simply stores extra calories. The latter is usually generated from unspecialized precursors that regularly spawn skeletal muscle.

Spiegelman, co-author of the paper, remarked, “I think we now have very convincing evidence that PRDM16 can turn cells into brown fat cells, with the possibility of combating obesity.”

Yet another report had also described a molecule called BMP7 that triggers brown fat production differently.

While commenting about the two reports, a write-up by Barbara Cannon, working at the University of Stockholm mentioned, “This takes us a step closer to the ultimate goal of promoting the brown fat lineage as a potential way of counteracting obesity.”

The team of researchers also defined the process to be a two-way street. They suggest that knocking out PRDM16 in brown fat cells can convert them into muscle cells. Referring to the latter as an ‘experimental lab trick’, Spiegelman presently does not envision any practical applications. He mentioned that the biggest surprise of the study was stumbling upon muscle precursor cells known as satellite cells. These cells have the ability to release brown fat cells under the regulation of PRDM16.

Spiegelman’s findings confirm PRDM16 to be the master regulator of brown fat development. The researcher asserted that this approval might possibly spur the ongoing research in his lab to check if drugs that rev up PRDM16 in mice can convert white fat into brown fat. The research thus might have the potential to treat obese people.

The researchers also identified an alternative strategy. It would require transplantation of brown fat cells in an overweight person to turn-on the calorie burning process.

So all you weight watchers can take cheer from this discovery and turn your beer guts into a neat six pack.

The finding is published in the August 21st issue of the journal Nature.