Some people work the whole night till morning and still remain all pepped up for making a presentation the next day in board meeting. How does this happen? Don’t they feel like having a nap for atleast a few minutes? Researchers tried to unravel this mystery of a sleepless and active brain and found that it’s that way all thanks to increased dopamine! 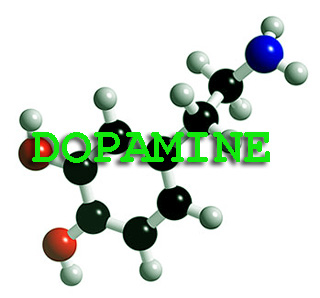 “This is the first time that a study provides evidence that in the human brain, dopamine is involved in the adaptations that result from sleep deprivation,” said Nora Volkow, MD, director of the National Institute on Drug Abuse, who led the study.

It is found that people who have spent a sleepless night have increased level of dopamine in their sleep deprived brain. The chemical increases to compensate for the deprivation of sleep. Generally, drugs like amphetamines are used to increase the dopamine and encourage wakefulness.

“These findings suggest dopamine may increase after sleep deprivation as a compensatory response to the effects of increased sleep drive in the brain,” said David Dinges, PhD, at the University of Pennsylvania School of Medicine, an expert unaffiliated with the study. “The extent to which this occurs may differentiate how vulnerable people are to the neurobehavioral effects of sleep loss,” Dinges said.

The research was conducted on 15 healthy adults who were kept awake the whole night and also allowed them to have a sleep and tested for both conditions. They were then rated on their tiredness and cognitive tasks that included visual attention and working memory. The dopamine in these participants’ brain was studied via the imaging technique positron emission tomography by the researchers.

The research is of importance in identifying the solution to impaired cognitive abilities.
However, says Volkow, that the decline in cognitive performance not only displays association with dopamine levels. It also hints that there can be chances of sleep deprivation contributing to the cognitive inabilities and that adaptation is not everything in order to overcome cognitive inabilities.

Only future research can give out all the actual long-term effects of the prolonged sleep deprivation on dopamine in the brain system.