Did you know that the memory of your partner may keep you from checking out other people? If you thought this is just a mushy feeling, you are in for a surprise. 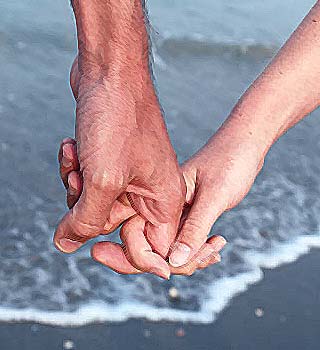 A novel research led by Jon K. Maner of Florida State University shows that individuals paid less attention to images of attractive men and women if they had just been reminded about the person they loved.

Volunteers were additionally asked to pen down a time when they were extremely happy. Another group was required to write short essays about “a time in which they experienced strong feelings of love for their current partner.”

The study suggests that humans safeguard long relationships by developing certain mechanisms. It revealed that students delayed in identifying the shapes when they were showed attractive faces of the opposite sex. However those who had made a note of their loved ones did not exhibit much distraction.

Researchers further asserted that those in long term relationships have much better benefits for reproduction. The sole reason for this is a significant role of both parents in bringing a child up.

So if you do tend to stray away at times, we suggest you just focus on the memories of your love.