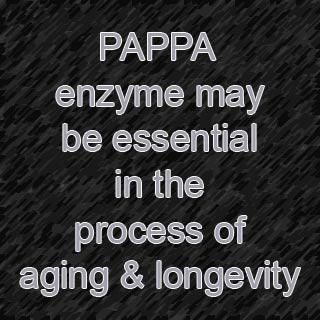 It seems that unraveling the mystery of longevity may be the medical area which is presently in vogue with various experts worldwide. We had previously covered a news report on such lines, where mice treated with rapamycin drug were noted to have an extended lifespan as compared to the one’s not treated with the drug.

Similarly, another study has been conducted which says that an enzyme may play a key role in longevity. They have stated that this enzyme may have the ability to maintain the functionality of the thymus throughout life; which thereby builds a strong immune system into old age. This study was led by Abbe de Vallejo, PhD, associate professor of pediatrics and immunology, University of Pittsburgh School of Medicine.

This revelation was made by analyzing an “anti-aging” mouse model, which evidently has a longer life-span as compared to a normal, typical mouse. The thymus, which is the organ that produces T cells to fight against diseases, is noted to degenerate with age in all mammals. However, the thymus of these mouse models is stated to remain unchanged and intact throughout their lifespan. This particular mouse model was believed to have been developed by Cheryl Conover, PhD, an endocrinology research at Mayo Clinic.

Dr. de Vallejo, who is also an immunologist at Children’s Hospital of Pittsburgh of UPMC, says, “These findings give us hope that we may one day have the ability to restore the function of the thymus in old age, or perhaps by intervening at an early age, we may be able to delay or even prevent the degeneration of the thymus in order to maintain our immune defenses throughout life.”

It was further stated that PAPPA may be able to regulate the availability in tissues of a hormone called insulin-like growth factor (IGF), which is evidently a promoter of cell division. Apart from requiring IGF for normal embryonic and postnatal growth; it may also be linked with inflammation, tumor growth and various heart-related diseases. Therefore by removing PAPPA, the experts could gain control over the presence of IGF in tissues, and also over its many related negative effects. Supposedly, in the thymus, removing PAPPA enabled only the required amount of IGF to maintain the growth and development of T cells; without consuming precursor cells. This in turn was noted to have been instrumental in curbing the degeneration of the thymus.

Manipulation of PAPPA is believed to be helpful in maintaining one’s immune protection throughout life. These findings may prove to be very useful in future analysis on such topics.

This study has been published in the Proceedings of the National Academy of Sciences.