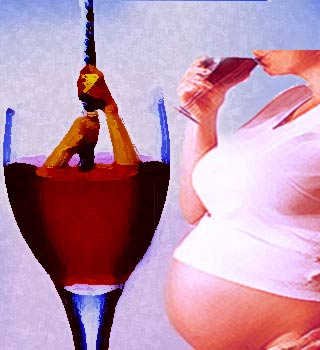 We all know about the hazards of regular drinking. But women in particular need to be extra cautious. A study from the Washington University School of Medicine reveals that women with alcohol dependence may face fertility problems. The results of the study indicate that alcohol dependent women delay childbearing and may be eventually putting off motherhood.

Mary Waldron, PhD, Washington University School of Medicine, author of the study, mentioned, “Young women who drink alcohol may want to consider the longer-term consequences for later childbearing. If drinking continues or increases to levels of problem use, their ability and/or opportunity to have children may be impaired.”

Mary Waldron, of the Washington University School of Medicine in St Louis and colleagues, in the Genetic Epidemiology Unit of the Queensland Institute of Medical Research in Brisbane examined data on two groups of Australian twins. The first group comprised of twins born between 1893 to 1964, consisting of 3,634 female and 1,880 male twins. The second group was born between 1964 to 1971 and had 3,381 female and 2,748 male twins.

While there was little to no effect in men, women with an alcohol problem in both the groups showed delayed reproduction. The study indicates that the difference among men and women is mainly because women reach higher blood alcohol concentrations than men while drinking similar amounts of alcohol. This is a major contribution in linking drinking with reproductive problems in women.

The researchers also found that consuming alcohol during teenage years could subsequently lead to alcohol problems, risky sexual behaviour and a much greater risk of early childbearing.

The study is published online in the August 20, 2008 issue of Alcoholism: Clinical & Experimental Research.