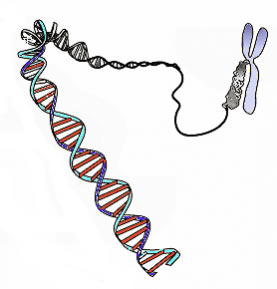 Genes seem to play a very crucial role in several diseases. Only last week we presented an article claiming POLQ gene to be the next target for treating breast cancer. And here is another article highlighting a mutated gene’s role in this form of cancer. Experts from the Kansas State University declare that the microscopic gene known as ADAM12 supposedly has a very crucial role to play in cancerous tissue of the human body.

Mutation within the ADAM12 gene of the A Disintegrin and Metalloprotease family, or ADAM family and its function in breast cancer is possibly analyzed by the investigators. While thoroughly scrutinizing the gene, ADAM12 appeared to have the potential of providing more effective therapies and treatments. The gene apparently allowed the experts to understand the components of cancer in detail.

“Typically human cells have very little ADAM12 protein, but the abundance is suddenly very high in cancer tissue. When we look even closer, we find a very high level of ADAM12 expression in what we call cancer stem cells. Those cells are the most vicious as they drive the tumor growth,” explained Anna Zolkiewska, associate professor of biochemistry and research team leader.

It was mentioned that chemotherapy and radiotherapy are available that destroy tumors, but these therapies are unable to harm cancer stem cells. Such stem cells can only be destroyed probably by a surgical procedure. The scientists elucidate that either ADAM12 aids in re-growth of tumor or it does not. ADAM12 gene appears to be more complex because scientists are unable to ascertain the reason for it to mutate inside cancer tissue.

Further investigations will be triggered to show the merits of ADAM12 because mutation to the gene is assumed to kill ADAM12 protein. The investigators seemed to have noted a very high level of ADAM12 expression in cancer stem cells.