There are people who are practical and move on with time. Then there are the ones who cry over the wounds time leaves on their soul and remain depressed for quite a long time. While we can do nothing but empathise with them, sometimes it is really hard to understand that why a person is taking longer to get out of depression. 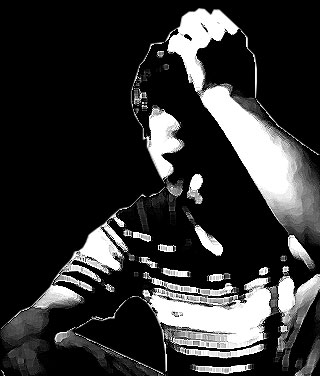 To help us understand this, brain scientists have investigated into the subject and have found regions of the brain linked to the knowledge about social behaviour such as moral sentiments, such as pride and guilt, responsible behind this mystery.

A study was carried out by Dr Roland Zahn, a clinical neuroscientist in The University of Manchester’s School of Psychological Sciences, and his colleagues with Dr. Jordan Grafman, chief of the Cognitive Neuroscience Section, and Dr. Jorge Moll, now at the LABS-D’Or Center for Neuroscience in Rio de Janeiro, Brazil; at the National Institute of Neurological Disorders and Stroke in the US.

“This latest study used functional brain imaging to identify the circuits in the brain that underpin our ability to differentiate social behaviour that conforms to our values from behaviour that does not.”

Therefore when a person comes across social behaviour that do not substantiate to his/her values, a feeling of anger can set in the person or when such behaviour comes out from the individuals themselves, then a feeling of guilt sets in them.

The fMRI scans of each volunteer showed certain parts of the brains that got activated with different types of emotions. Particularly the guilt feeling aroused a negative attitude in the people, which is the most distinctive feature of depressive disorder, explains Dr. Zahn.

The study has helped scientists in identifying the brain regions that respond to the feelings of guilt in healthy individuals. So the scientists are more equipped to better understand the brain activity of the individuals suffering from or are prone to severe depression in whom the feeling of guilt is seen to be abnormally active. This will also help the scientists to find a better treatment and way of prevention of depressive disorders, hope scientists.

The detailed study has been published in the journal Cerebral Cortex.