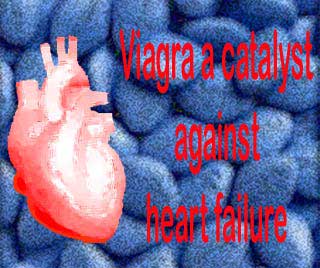 According to Johns Hopkins and other researchers, Sildenafil or Viagra apparently plays a major role in enhancing heart functionality. They believe that it may prove to be crucial in the prevention or treatment of heart damage due to chronic high blood pressure.

Viagra or sildenafil evidently has a positive effect on the protein, RGS2. This particular protein is believed to be a very crucial element in the chain reactions that protects the heart from heart damage or failure.

Study lead investigator, Eiki Takimoto, MD, PhD, assistant professor at Hopkins says that, “Our results offer among the first insights into the biology of the RGS2 protein in heart cells during hypertrophy. This greatly expands our understanding of how high blood pressure affects the heart and helps break down the disease equation into its molecular components for subsequent clinical testing.”

The researchers experimented on laboratory mice. Apparently all the mice suffered from high blood pressure. The heart of some of the mice was manipulated to lack RGS2. Evidently 50 percent of these mice died from heart failure. On the other hand, there were no deaths reported in the mice that didn’t lack the RGS2 protein.

Later treatment of these hypertensive mice with sildenafil supposedly revealed stronger heart muscles contraction and relaxation. These mice revealed a 10 fold lower stress-related enzyme activity as compared to the untreated set of mice. It’s also reported that in the mice lacking RGS2, sildenafil apparently had no effect.

Takimoto says that their team hopes to further examine the effects of an increased RGS2 activity within the cell and also to identify the remaining proteins or factors that may have a hand in its boosted activity.

This study was funded by the National Institutes of Health, the Peter Belfer Laboratory Foundation, and the American Heart Association.

Their report is published online in the Journal of Clinical Investigation.