From thunderstorms to acute stress, there have been many factors blamed for causing stress. However, one particular cause recently revealed by the researchers at the Brigham and Women’s Hospital in Boston is a shocker. 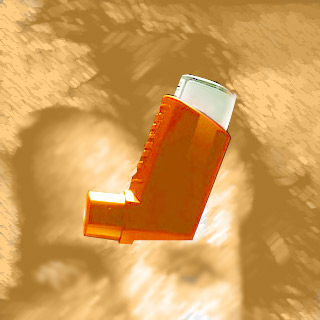 Physical or sexual abuse can as well be one of the reasons behind that chronic wheezing in children. However, researchers wouldn’t like to declare abuse as the reason at large as it isn’t the factor in most of the case. Yet, there have been cases which displayed the abuse as the cause behind asthma.

Researchers studied 1,200 children from Puerto Rico as they are regarded to be more asthma prone than any youngster in US irrespective of their location. It was found that 20 percent of these admitted to have suffered physical or sexual abuse plus they also had asthma.

“The question is, why?” asked Dr. Juan Celedón, a lung specialist in the Brigham’s Channing Laboratory. “Is this heredity? Is this environmental factor? Is this some behavioral or lifestyle factor?”

“It’s very clear it’s a very complex disease,” Celedón said. “By no means should we say abuse is responsible for a majority of the cases. And I don’t want this to stigmatize Puerto Ricans or other parents who have children with asthma.”

What makes the researchers zero in on abuse as on abuse as the factor is because it reduces the cortisol, a hormone, supply from the brain. Cortisol acts as an anti-inflammation enzyme however, in asthma, severe inflammation of the respiratory tract occurs. This is how the low cortisol links abuse to asthma.

“We’re not surprised that when we’re frightened, our heart rate goes up,” said Dr. John Heffner, a past president of the American Thoracic Society. Heffner was not involved with the research but knows about it. “So we shouldn’t be surprised when organs, like the lungs, fail or malfunction through acute or long-term stress in the brain.”

The study was conducted by specialists from Brigham and Columbia University and the University of Puerto Rico.