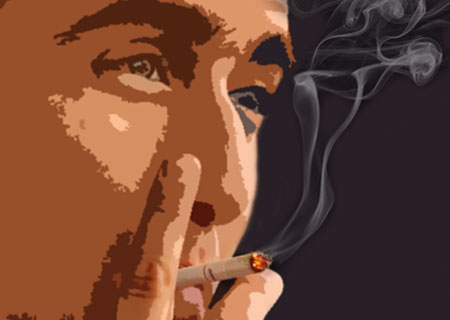 According to a latest study, irrespective of the attempts made by college going students to quit smoking there may be a need for an extended trail and error period. Apart from this, another study shows the role of graphic cigarette warning labels on students, since most may usually start smoking during high school. The former study was conducted by Joyce M. Wolburg, Marquette University, while the latter was conducted by the experts from HEC Montreal and the University of Texas, San Antonio.

The first study has stated that inspite of wanting to quit smoking post college, various programs and attempts may be required to reach this desired goal. Innumerable attempts made to prevent teenagers from smoking seems to fall on deaf ears as they seemingly overlook the associated risks and become smokers. However as they proceed to college, most of these students may express their desire to quit smoking. For this purpose they may require appropriate and effective techniques for doing so.

It was stated that certain programs may benefit the smokers who may have a serious desire to quit smoking. The programs, which revealed real-life stories of smokers who inpite of being unsuccessful initially made more attempts to quit smoking, seemed to be useful.

On the other hand, the second study observed that the graphic cigarette warning labels seemed to be successful in discouraging Canadian people to smoke. Such labels were presumed to produce a negative attitude towards smoking, which thereby may reduce the desire for smoking. However American subjects didn’t seem to have the same reaction against smoking as their Canadian counterparts.

Study investigator, Tina M. Lowrey, University of Texas, San Antonio, says that, “These results suggest that American teens were negatively impacted by the graphic label, perhaps because of its novelty.”

The investigators have stated that a deeper analysis may be required to verify if the reaction of Canadian teens to these graphic labels may be because of their familiarity with the graphics which have been used for many years in Canada. It was noted that encouraging teenagers to not become smokers may in turn reduce the number of student smokers in need for quitting strategies.

Both these studies have been published in the Journal of Consumer Affairs.