All work and no play makes Jack a dull boy. Well, Jack may not only become dull, he may also not get brainy. As playing and getting involved in sports (not necessarily on the field) makes ones brain smarter in planning and controlling things, says a research. 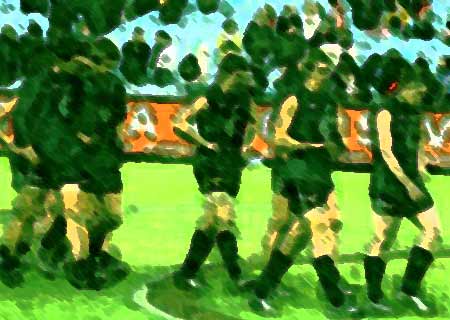 What more? Even if you haven’t been on the field and done that, your being a fan of a particular sport is just enough. Infact, your brain might be as involved in your favourite game as the player’s is, understand the sport’s language as well as the player!

You read that right. The researchers from the University of Chicago conducted a research on hockey players and fans who had never played the game. The researchers have noted that the language skills in discussing the sport in the fans are as good as a player.

“We show that non-language related activities, such as playing or watching a sport, enhance one’s ability to understand language about their sport precisely because brain areas normally used to act become highly involved in language understanding,” said Sian Beilock, Associate Professor in Psychology at the University of Chicago. “Experience playing and watching sports has enduring effects on language understanding by changing the neural networks that support comprehension to incorporate areas active in performing sports skills,” she said.

Why this research and its findings is important because, they have an implication on learning as it displays that getting involved in an activity can engage the brain networks responsible for language, thereby improving understanding of language, says the researcher.