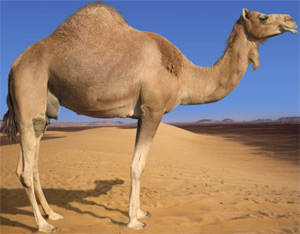 Sometime ago, we had reported about an anti-wrinkle cream developed by researchers.The Camel milk may soon lead to a cream that keeps the skin glowing and wrinkle free.

The National Research Centre on Camel (NRCC) here is carrying out experimental research on the cream, and scientists say they have had “positive results”.

“We and a local hospital are carrying out research on developing anti-wrinkle cream from camel’s milk. So far we have had positive results from our research,” NRCC director K.M.L. Pathak said.

The institution is already getting queries from scientists and cosmetic companies from across the world.

“Scientists from the US, Dubai, Australia and Oman have shown interest in the cream,” Pathak said.

The cream, he said, will have no chemical composition.

According to scientists, camel’s milk contains calcium, Vitamin C and anti-oxidants. It also contains six types of fatty acids including one that battles wrinkles on the face.

“Research is still on and it will take some time before we arrive at a final conclusion”, Pathak said. “So far we have tried the cream on a few people and found that it also gives a glow to the skin.”