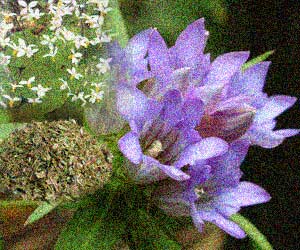 Do you suffer from low libido or are unable to sustain or attain an erection. You can now take a breather as researchers claim to have hit the right button. A novel research reveals that a heart shaped herb called goat weed could just be the cure to all your sexual problems. It apparently gives results of some common anti-impotence pills.

In traditional cultures, goat weed is used as natural aphrodisiacs. Researchers now claim that the soft green heart shaped leaves of the plant could actually rekindle your sexual desires.

The research was carried out by a team of Italian scientists at the University of Milan and led by Mario Dell’Agli. The group tested four plants known to be natural aphrodisiacs. These plants were examined for phosphodiesterase-5 (PDE5). PDE5 is an enzyme that promotes male erection and common anti-impotence drugs inhibit this enzyme.

Regular anti-impotence pills are widely known fact to have harmful side effects. The main compound of these pills is an active substance called sildenafil. Along with PDE5s that are associated with male erection, the compound inhibits other PDE5s as well. This includes some that are essential to sight and heart function. Hence people at high heart risk and those with troubled vision are advised not to take such drugs.

A medical definition of erectile dysfunction is the combination of a total inability to achieve erection along with an inconsistent ability to do so or a tendency to sustain only brief erections. The problem supposedly increases with age and affects nearly 50% men between the ages of 40 to 70.

The study is due to be published in the October 24th, 2008 issue of the Journal of Natural Products.