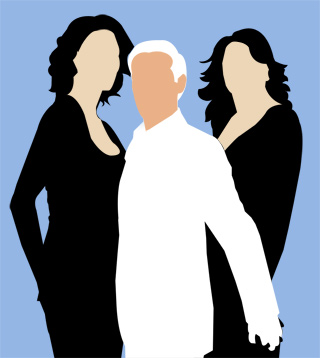 You think an extramarital affair could cost you just your marriage. Think again! It could just be more fatal than that. A novel Italian research reveals that illicit affairs can leave you with crippling migraines, especially for people who already suffer from regular headaches. This could be so serious that it can even kill you.

According to the researchers, a person who is cheating in marriage undergoes the stress of shuffling both married life and a secret lover. This may cause the cheating partner to suffer from serious migraines which in turn may lead to ballooning in a blood vessel in the brain. Called as aneurysm, the condition could be potentially fatal.

The study was conducted by Lorenzo Pinessi and colleagues, a neuroscientist at Turin’s Molinette Hospital who is also president of the Italian Migraine Society. The lead author remarked, “What we found is that it was mostly men who suffered worst from this phenomenon, which is all to do with stress and hypertension (high blood pressure). It would appear that men have a more severe feeling of guilt when cheating which leads to increased stress and tension.”

Speaking about headache-prone cheats, the lead author additionally mentioned, “Avoid the Karma Sutra and stick to simple sexual intercourse to limit pressure on the heart. The sexual position chosen can also have affect as the more physical the more pressure on the heart – it is probably best to avoid positions where the male is on his feet.”

Along with his team, the neuroscientist examined hundreds of patients across Italy who suffered from migraines. The researchers found that the headaches were worst in people who were having affairs. Affecting nearly 15% of the Italian population, mostly men, the researchers assert that those with headaches had the most chances of developing migraines. Additionally, the headaches progressed in a small percentage of these people to cause deadly aneurysm.

The researchers advice those indulging in tattered cuckoldry to stay away from their affair for some time and get a brain scan done. They reveal that you may be enjoying sneaky sex at the moment, but it could just turn a specific type of headache into something really nasty.

Presented at the opening of an international conference in Turin, we hope the study gives all you frazzled adulterers a reason to refrain from those occasional flings.