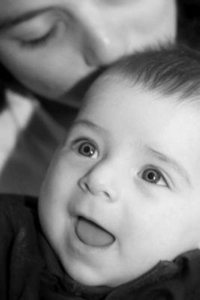 A study released on Monday has revealed that mothers, who are frightened of the fact that their children will be a reason for their early death, are certainly pretty close to the truth.

Frequent childbirth and the severities of child rearing take a heavy toll on a mother’s health and life expectancy, and even jeopardize the well-being of her later-born children.

A study of 19th century US Mormons showed that for humans, as for other species, there is a trade-off between reproduction and survival – especially for women, said the Austrian researchers from the Konrad Lorenz Institute for Ethology in Vienna.

In addition, the findings also suggest that the last-born in a large brood of children are less strong than their older siblings, and probably may not survive to have families of their own.

The researchers based their analysis on statistical data for 21,000 Utah couples who were married between 1860 and 1895, and went on to have an average of nine children, and 16 grandchildren.

They found that the women’s survival rates dropped as the number of children in their brood increased, possibly because they had the children in quick succession – something that other studies have shown to bring a higher risk of disease and death.

The researchers also reported that the youngest children in a large brood were least likely to make it past the age of 18 than their older siblings, and the outlook was particularly bleak for the youngest siblings in a family of 12 or more children.