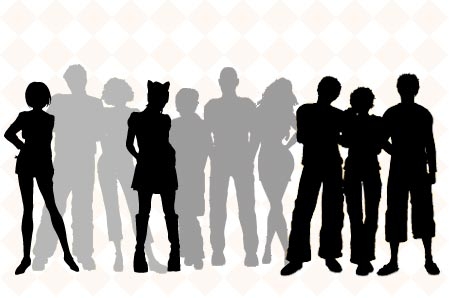 Tom Bodett once said ‘They say a person needs just three things to be truly happy in this world: someone to love, something to do, and something to hope for.’ Well we’d quite agree especially the ‘someone to love part’. Being rather specific we’d say having some good old pals could just do the trick.

As part of a novel and we must say interesting poll, experts found that simply being able to count out individuals as friends in our lives seemed to make us happy. That’s right our happiness quotient is apparently upped if we have lots of close friends and are also if we are upfront in regularly making new ones.

The research which was carried out for the National Lottery involved an investigation of nearly 1,700 people. These individuals were quizzed upon the satisfaction with their lives along with the state of their friendships.

Surprisingly researchers found that people who have five or less than five friends were just about at 40% chances of being happy meaning they were more unhappy than happy with their life. 10 was the magic number and individuals who claimed to have 10 or more friends appeared to have a more a cheerful approach to life and were also more satisfied with the way they were living. The happiest were those who had a dozen or more friends. So ideally for women the number was 33 and for men it was 49 – yes that’s the number of friends we must make in our lifetime to stay happy.

What researchers claim is even more interesting is the fact that though women were more prone to making fewer friends, they formed stronger bonds than men. In case you thought your childhood friends make you happier, you could be wrong. Analysis reveals that childhood friends are no more likely to make us happy than people we become close to later in life. The analysis goes on to reveal that Brummies are among the happiest people in Britain, with an average 29 friends each and a 75 %chance of happiness while people of Brighton are the most miserable. Though they showed an average friend total of 42, residents of the city are just 56% happy.

Experts advice us to nurture our friendships though they are not quite sure whether it’s our friends that make us happy or we are simply happy because we have friends. What ever be the reason, we are sure this gives you another reason to stay hooked to those social networking sites. And we must say why not? The more friends we have, the better isn’t it?