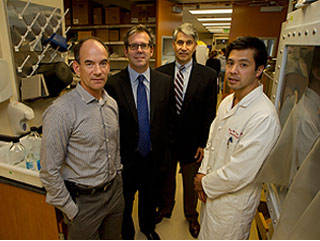 Scarring as a result of varied surgical operations has been known to lower the self esteem of patients. The current techniques available are believed to be expensive, painful and ineffective by many health professionals. In a particular research by scientists at Stanford University, a special wound dressing reported of being able to prominently lessen scar tissue by incisions has been developed.

The procedure involves the edges of a healing incision being pulled in different directions by the tight surrounding skin resulting in the thickening and spreading of scar tissue. This process is done after the sutures are removed. This new technique acted like a stress shielding device as it seemed to remove the tensions and eventually reduce scarring.

“This work actually started 20 years ago when I was an intern at Massachusetts General Hospital. I realized early on that we were not going to solve the problem of scarring with current surgical tools and techniques. If only we could keep in check the mechanical forces acting on the wound. I had multiple programs on skin biomechanics and transdermal-drug delivery,” commented lead author Geoffrey Gurtner, MD, professor and associate chair of surgery.

The dressing was created in the lab and was made of thin and elastic silicone plastic. It was stretched over the incision after the removal of sutures. The dressing was found to stick to the skin with the help of an adhesive making it uniformly compressed across the wound. The researchers predicted that the dressing has dual benefits. Other than reducing scarring from incisions, it helped review the existing scars and made it an appealing option. Thus the second scar seemed to appear with less visibility if at all it was seen.

In a test conducted on pigs who have a human-like skin it was found that the area of scars caused by roughly 1 inch incisions reduced by six fold with the stress shielding device unlike the pigs in the control group with same-sized incisions. Eight weeks after sutures had been removed, the stress-protected wounds appeared to display a nearly scar less closure The device was tested on roughly 1-by-1.5-inch excisions and found that stress shielding visibly decreased scar area in comparison with unshielded wounds of the same size. The device seemed to promote constructive repair rather than scar formation.

The next research was conducted on nine female patients who had undergone tummy tucks. During such tucks a large amount of pressure is found to occur across the wound after closure. The scars are also very thick and wide after such operations. The aim of the scientists here was to check if the dressing worked for incisions closed with high tension as it would show that it could work on any other kind of incision too.

A procedure ensued consisting of a panel of plastic surgeons and other professionals who acted as judges. One part of the abdomen-wide incision on each patient was treated with the stress-shielding dressing with the other half left untreated. It was found that the appearance of stress shielded wound, on an average scored 13.2 points higher than the unshielded wounds on a 100 point scale. The scar appearance of the treated incisions scored 39.2 points higher than the control group. Notably, the difference between the treated and the control group were highly significant.

The researchers noted that some wounds appeared better than the others. The reasons have been presumably linked to differences in the amount of tension present in the dressings while being applied to the wounds. However whatever the case might be the scientists have warned that the research was just at a preliminary clinical level to show the proof of principle in humans.

“Larger clinical trials are being planned to include greater ethnic diversity within the patient population and to determine the optimal range of stress-shielding forces for anatomic region- and dimension-specific wounds,” the authors specified.

According to the authors the results of the research appear to be very effective and could be a ray of hope for all. The research was published online on May 23 in the Annals of Surgery.