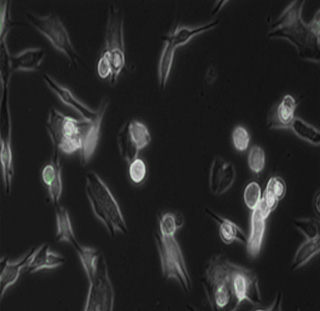 Five different research groups at the Cold Spring Harbor Laboratory (CSHL) have come together and united their expertise to accelerate the rate of discovering cancer-related genes, which were then tested and confirmed on animals.

The end result of their combined efforts is a large-scale, rapid and cost-effective genetic screen. In a preliminary test, 13 new cancer tumor suppressors were discovered. These suppressors are genes that curb the movement of the cancer genes. Tumor suppressors are very crucial in cancer development; mostly in liver cancer, where it is unveiled that those people suffering from this illness, lack these suppressors.

Scott W. Lowe, Ph.D., a CSHL professor and a corresponding author of the study, states that these discoveries are a big leap forward in decoding cancer genetics, “and open up a host of new strategies to improve its diagnosis and treatment.”

Cancer tumor suppressors are an important element of intracellular signaling networks that guard against uncontrolled cell proliferation. However, when DNA undergoes alterations like deletions or mutations of chromosomes, the benefits of these genes can be lost. Developed many years back in the Wigler laboratory, a highly efficient genome-sequencing technique has made it feasible to scan the genome of cancerous cells for deleted portions of chromosomes where the tumor suppressors are prone to reside.

Dr. Powers had performed a genomic analysis of the human liver cancer samples. This formed the basis of the study’s combined effort. More than 100 patients’ liver cancers genomes were scanned, in order to form a list of deletions of chromosomal regions. These regions were assumed to be the location of almost all the missing tumor suppressor genes. This list was compared to the genome sequence of a normal human cell. The identities of around 300 genes within the deleted chromosomal segments were discovered. Chromosomal deletions can take place in innumerable neighboring genes and not only cancer related genes. The neighboring genes can accidentally get lost. Thus the researchers have to point out the tumor suppressors among the 300 genes. Powers says, “Genomic analysis of human tumors is important. But combining it with functional screening in mouse models is a notable step forward.”

The routine route of characterizing a gene’s function is to mutate it in mouse embryos. After that create lines of mice that are examined to check the mutation effects. However this routine was skipped by this team of researchers. To save time, the researchers mutated in the genome of adult mouse cells, and then re-injected these cells back into the adult mice.

A new technique was introduced by Dr. Hannon, the RNA interference, where small RNA molecules are brought into cells in order to block off specific genes. This method was used by the team where they brought in stable mutations into the mouse cells through RNA interference (RNAi). RNA sequences that corresponded to all the deleted genes were taken from the RNAi collection from the Hannon lab.

Lowe says, “The nature of these new genes is not obvious and we wouldn’t have guessed their relationship to cancer if we hadn’t followed this approach. They may now allow us to make headway into poorly understood areas of cancer.”

The research team had isolated and studied the genetic material of the tumors and thus unveiled the identity of the silenced tumor suppressors. This technique revealed 13 new suppressor genes, most of which had not been earlier linked to cancer.

Before print, these findings were published online. At a later date, they have been published in the Cell issue.