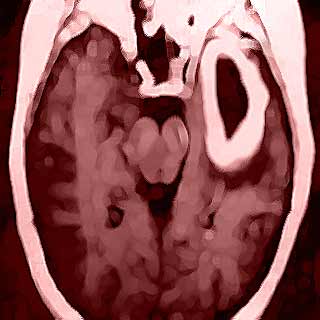 According to a Mayo Clinic study, many people misinterpret strokes. They don’t think that they are having a stroke, and thus delay seeking treatment until their condition gets worse.

The researchers studied around 400 patients in the Mayo Clinic’s emergency department. These patients were diagnosed with either acute ischemic stroke or transient ischemic strokes attack (TIA). In this there is an interruption of blood flow to a part of the brain.

Only around 42 percent of these patients thought they were having a stroke. Most of the patients didn’t even go to the emergency room when the symptoms appeared. It is calculated that from the appearance of the first symptom to the arrival to the hospital was over three hours. Many patients assumed that these symptoms would disappear on their own. The delay was the same for both men and women.

When the patients were questioned about how they knew of stroke symptoms, almost one-fifth replied that they presumed that stroke came on step by step. Around 51 percent said that they believed going to the doctor was important.

Lead author of the study and an emergency medicine specialist, Latha Stead, M.D., said, “Time is crucial in treating stroke. Each individual’s medical background differs and affects recovery, but in general the sooner a patient experiencing a stroke reaches emergency care, the more likely the stroke can be limited and the condition managed to prevent further damage and improve recovery.”

Strokes can take place immediately or it can take place over a period of a few hours, with the condition worsening continually. The clot responsible for the stroke can usually be dissolved or disintegrated so that blood can flow to the brain again. Under such circumstances, immediate treatment should be taken, or else it could result anything from a slight injury to a major disability. Physicians, through the use of stents, medications and other technologies can stop a stroke from spreading and prevent it from further damage. Only about 20 percent of the patients knew about this available treatment.

Symptoms of stroke are:

Strokes don’t give any warning. But one symptom of an approaching stroke is a TIA. Their symptoms are similar to stroke symptoms. However they occur for a shorter amount of time ranging from several minutes to a few hours. They disappear after that without leaving any obvious permanent effects. More than one TIA can be experienced, with the same or different symptoms. TIA is an indication that a serious stroke may take place.

The researchers believe that a better understanding of stroke symptoms can lead to immediate action in case of a stroke and thus the stroke can be treated immediately.

Their findings appear in the Emergency Medicine Journal issue.